Well, I tried anyway. We shall see how it looks in the morning. 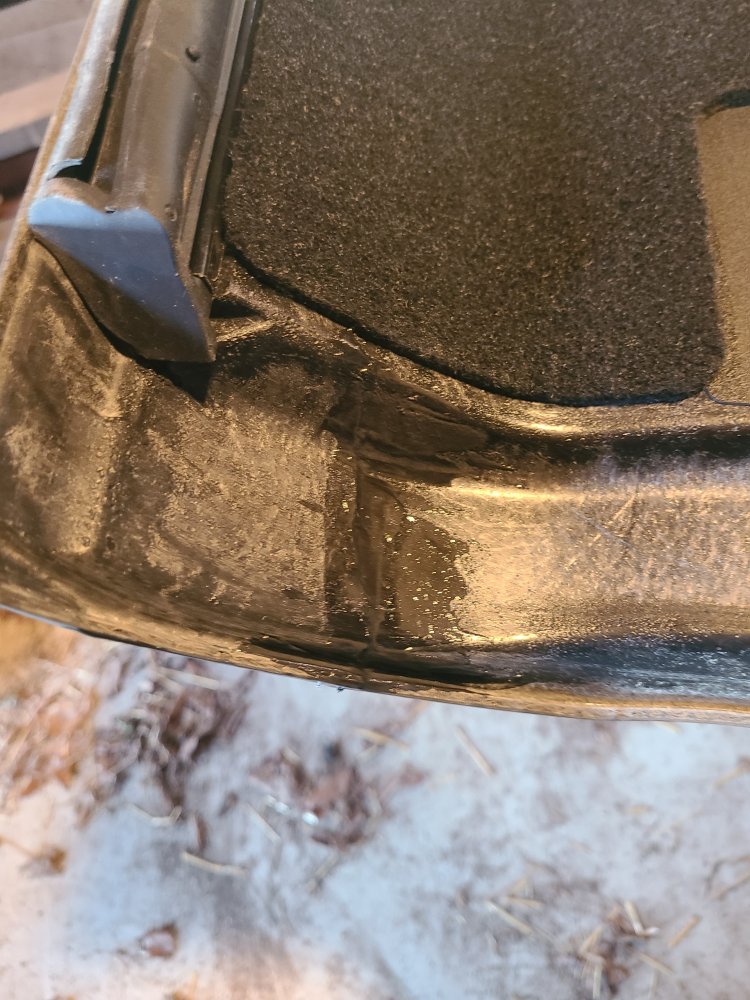 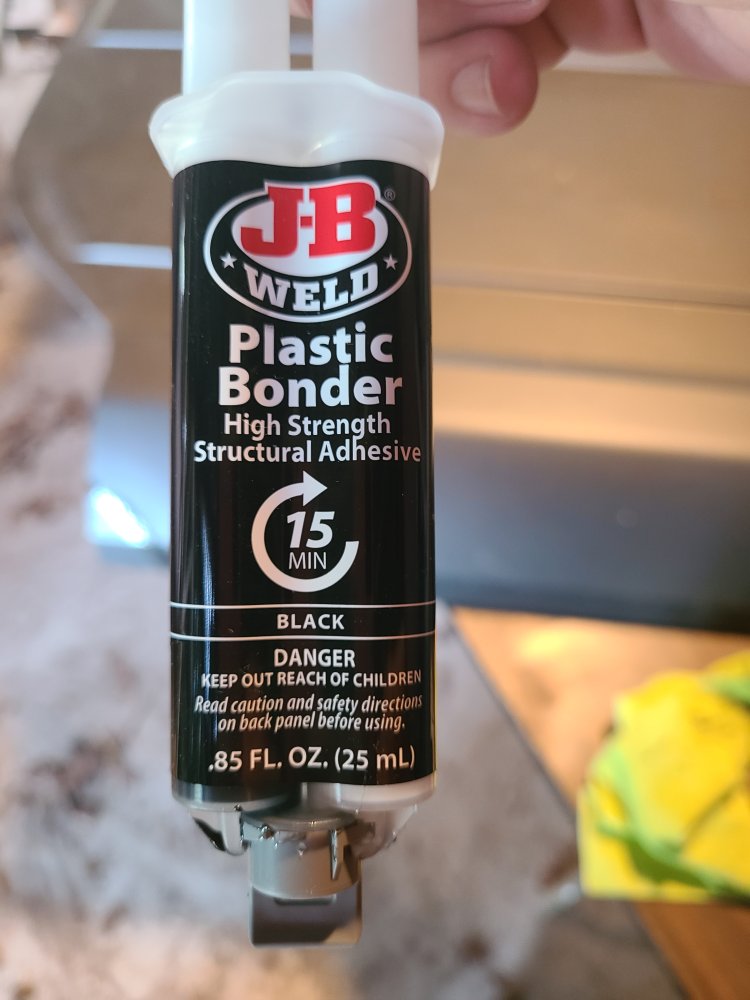 So far so good. If it leaks I can't hear it from the front seat. 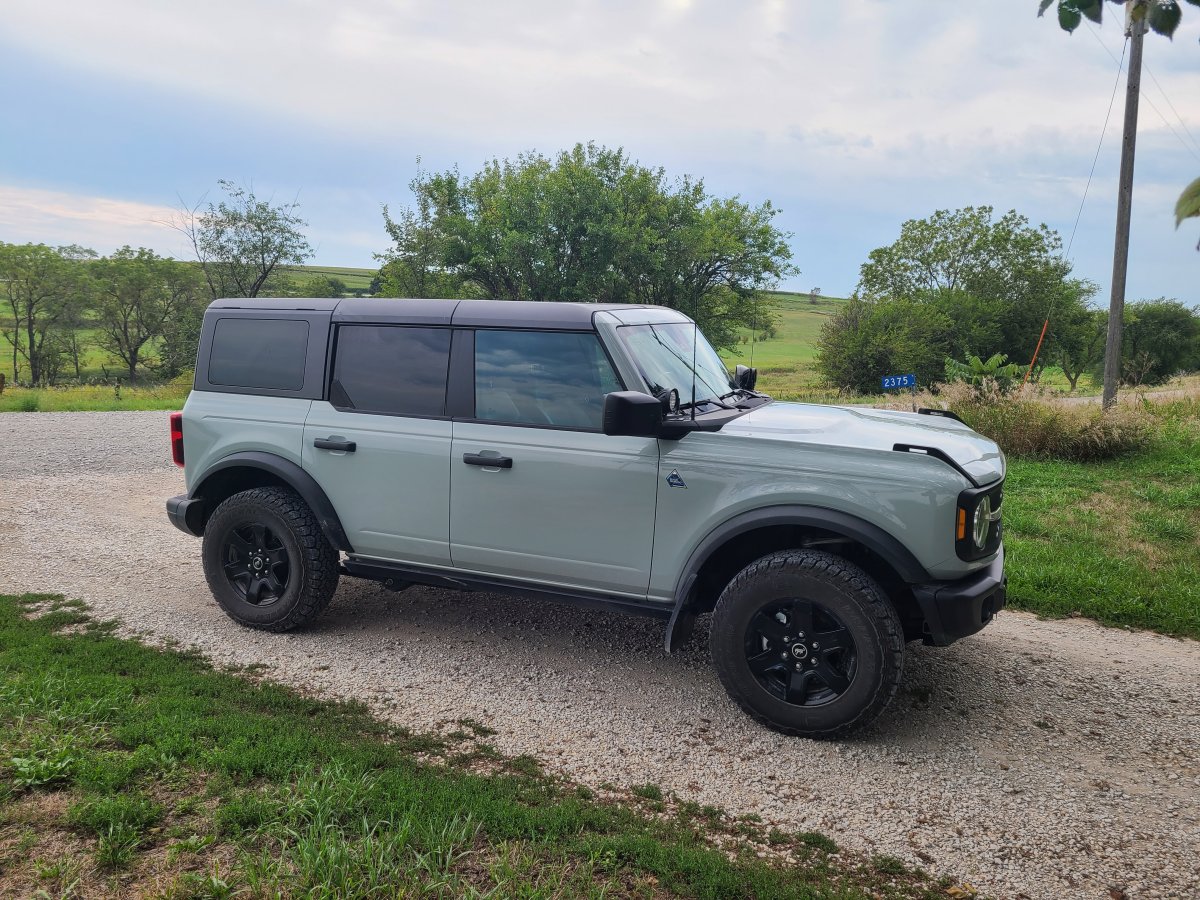 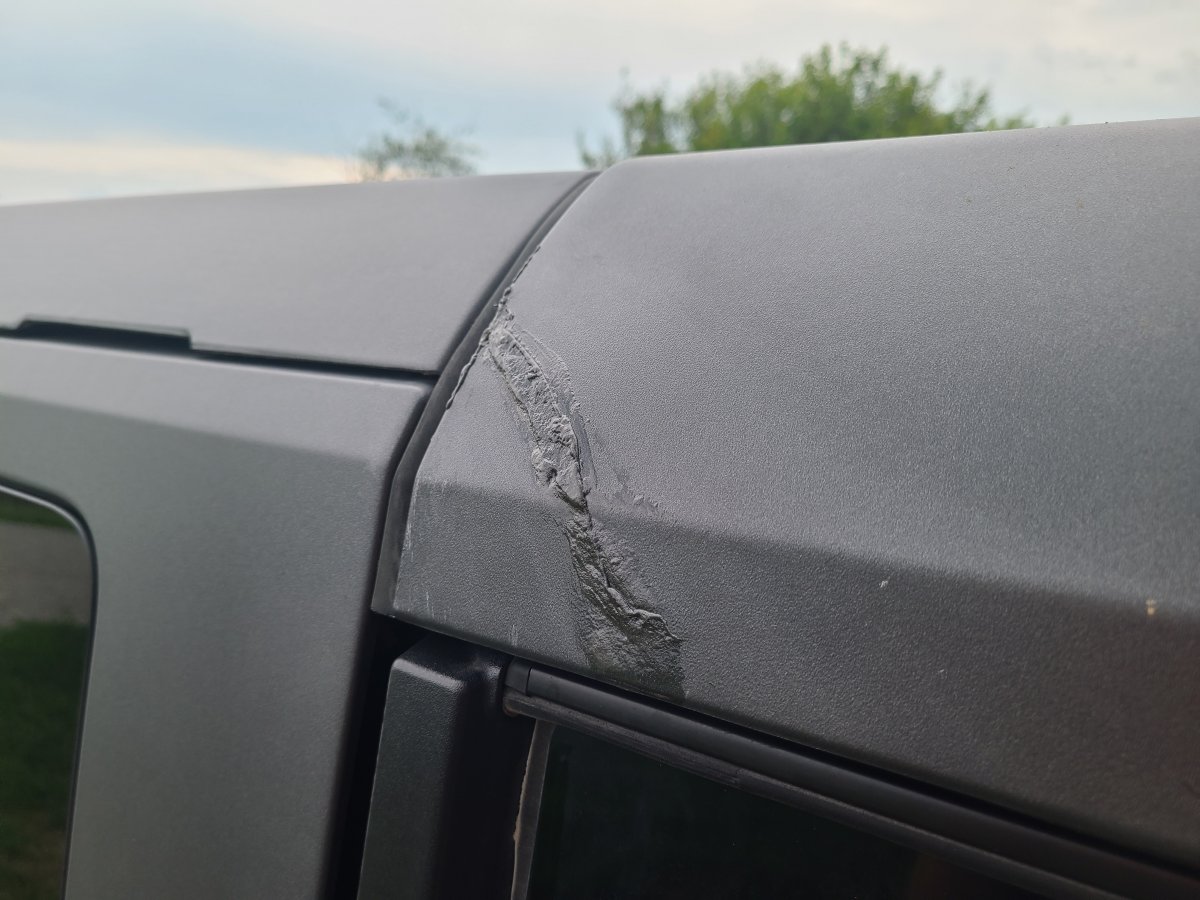 Should have a new panel by the end if the week.

She drove it two hours in the rain and I haven't heard any complaining noises yet so my fix must be working.

The difference a year makes. We waited almost two years to get the car because of the top. Ford ordered the panel on Monday and I got the call today (Wednesday) that it was in. 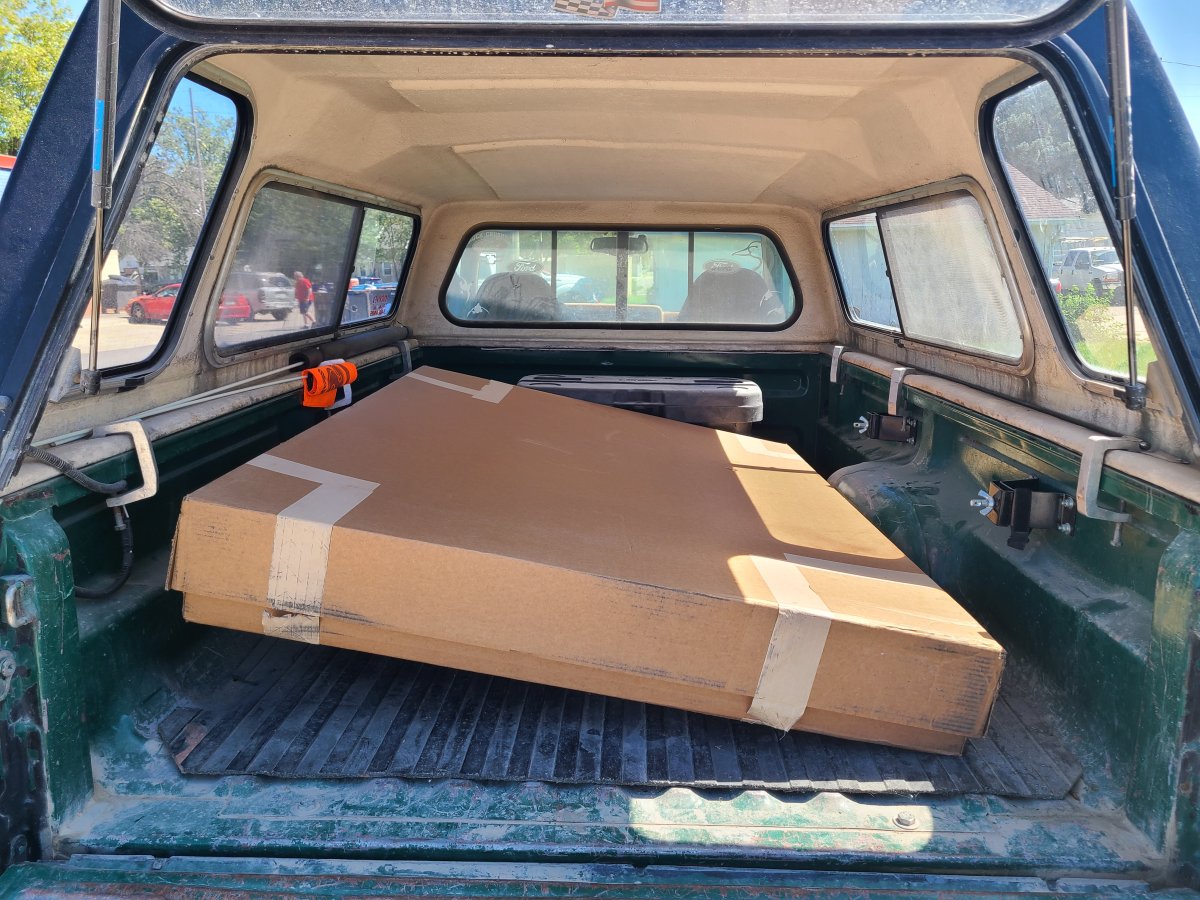 Rocko has been busy...

We ran a convoy out to the TRS roundup, me in my '85, my wife and son in Rocko and my FIL in his '91 Ranger with my BIL playing relief driver for my FIL and wife.

I had to work the day the day we were to leave so we got a late start and basically got out there at like 11:30pm... 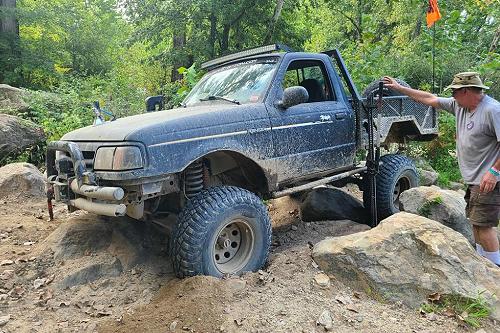 On the weekend of September 9th-11th, 2021 we held our annual TRS Fall Off-Road Round-Up at the Badlands Offroad Park in Attica, Indiana.
www.therangerstation.com

I kinda halfway learned how to "offroad" in a beater 15yo Ranger I got in high school... that I still have 22 years later. We've met, I generally know what it is going to do before it does it. But we don't have wheeling like this in Iowa either, but I can kinda take comfort that I know my truck pretty well. My wife, this is her first 4wd and since she won't learn how to drive a manual teaching opportunities on previous trailrides have not really been possible with my '85. And it is her pretty much brand new daily driver. So we took it extra easy, I tried to make her drive as much as she felt comfortable on easier stuff and we traded spots so me with all my expert experience (lol) could help her out.

Kind of a learning curve for me too, not really used to wheeling an automatic and of course being a new vehicle with typical high beltlines it can get claustrophobic compared to my '85 just because I feel like I can't see anything. After lunch she felt good to go on her own so I lead her around with my '85... and it was honestly good to be home.

After that on the way home actually she was researching SMOOR which I had mentioned before, an offroad park in southern Missouri for a trip on our anniversary. I mentioned a park a sales rep had given me a card for at work (I work at a CDJR dealership) that would be a couple hours closer. KS Rocks near Fort Scott. Sure enough that was their Halloween weekend, so we went there instead.

Really pretty park with the trees turning colors, it had been really dry so they basically had no mud. Naturally since we had never been here I got appointed lead driver until we got familiar with what we were getting into. 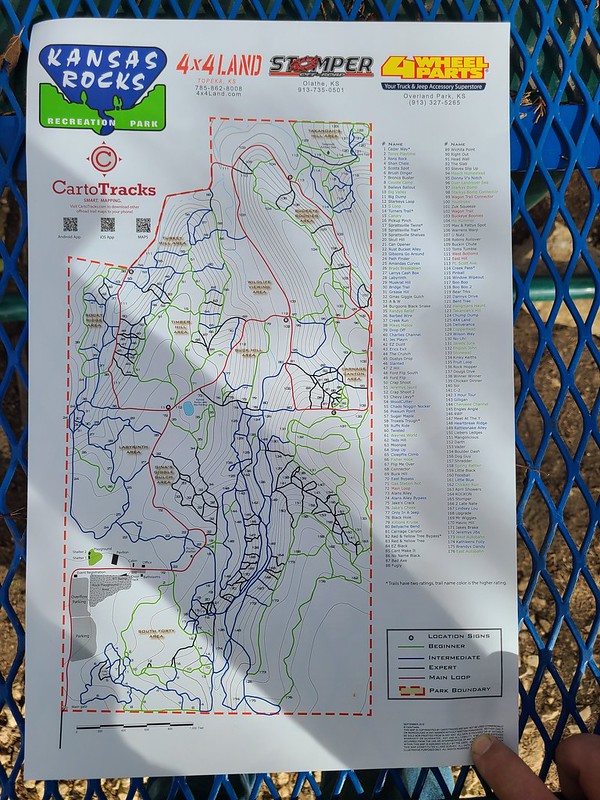 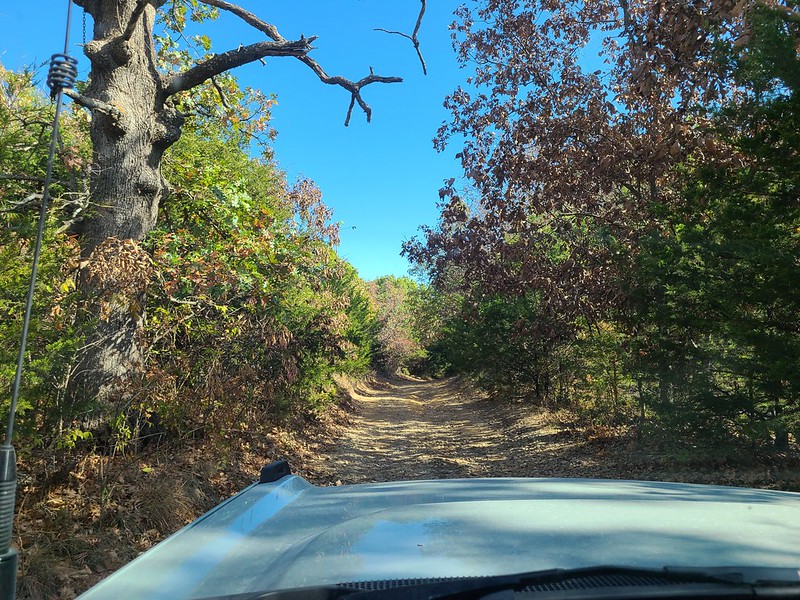 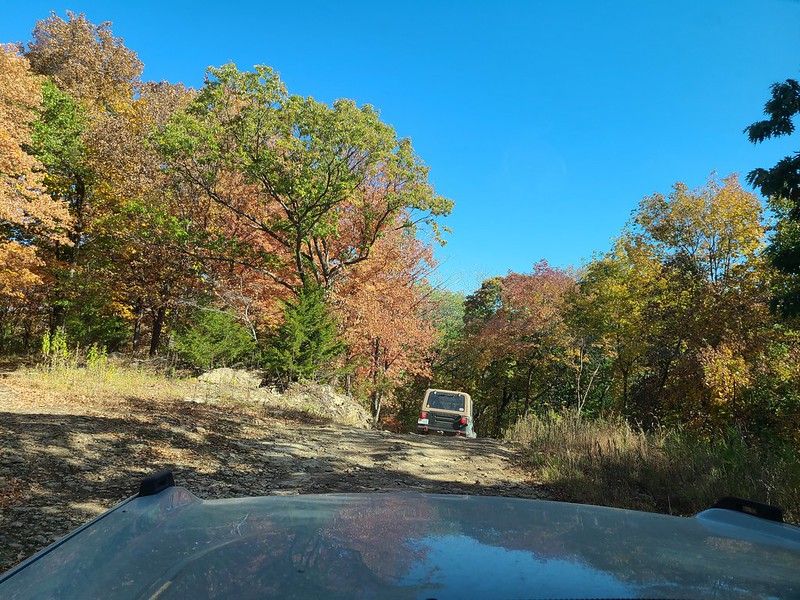 So naturally our "lets stay on the green trails" theory got overridden when we fell into a rough crowd of Jeeps from Omaha... 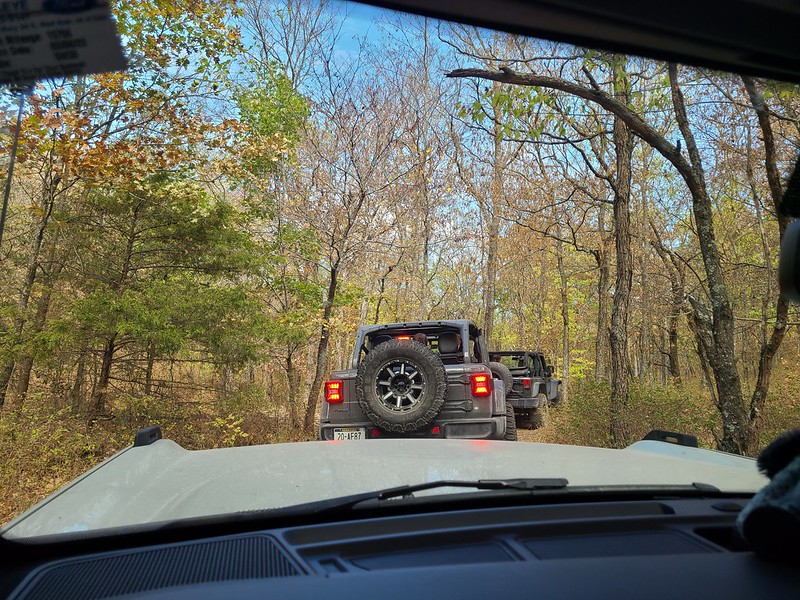 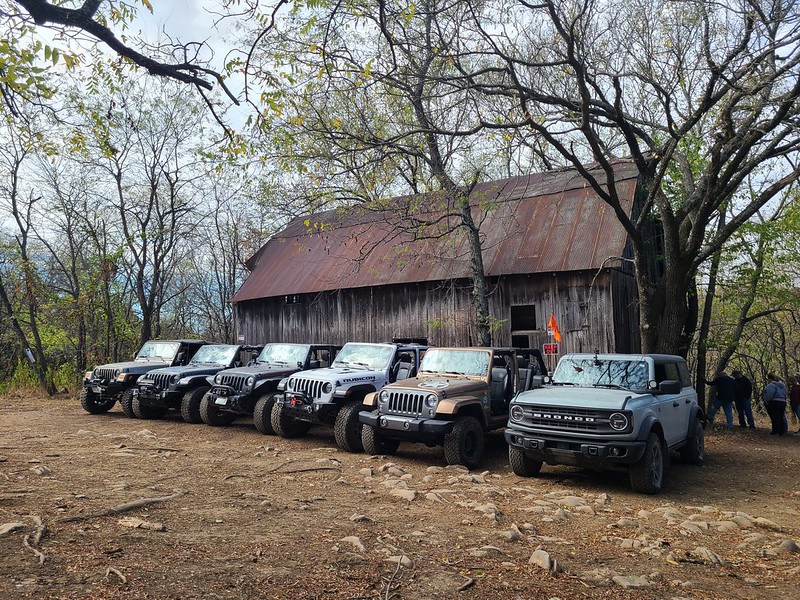 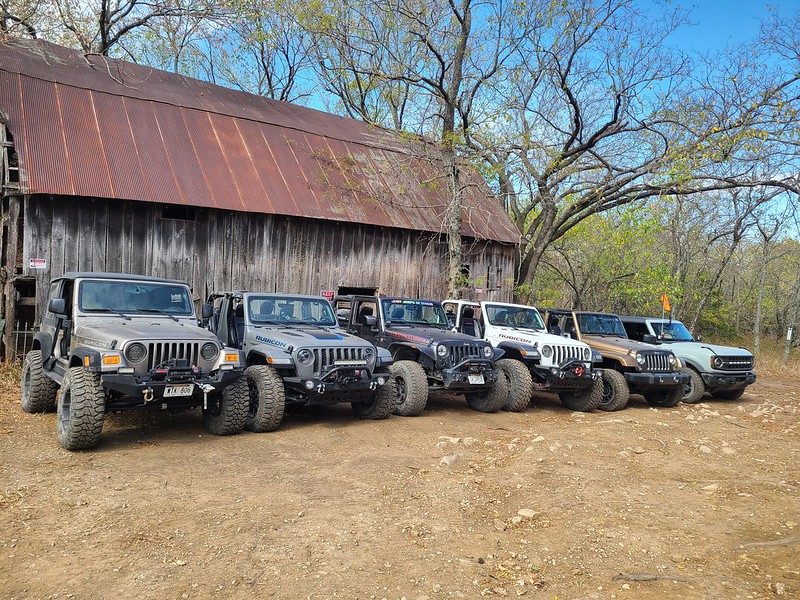 I didn't get much for pictures, my wife got some video which I am working on yet (our laptop crashed). I was definitely doing things I had never done before.


There was only one thing I bypassed I kinda wish I hadn't but I am pretty sure we would have high centered... then I get to thinking the Ranger probably could have done it but then I get to thinking could be fun with a carb and I am glad I just bypassed it. Steep hillclimb with a ledge that jutted out at the top, a TJ in our group got some air under the front tires but they all made it up.


Rock crawl mode is legit for an automatic rig, I do wish I could toggle the locker on and off though. 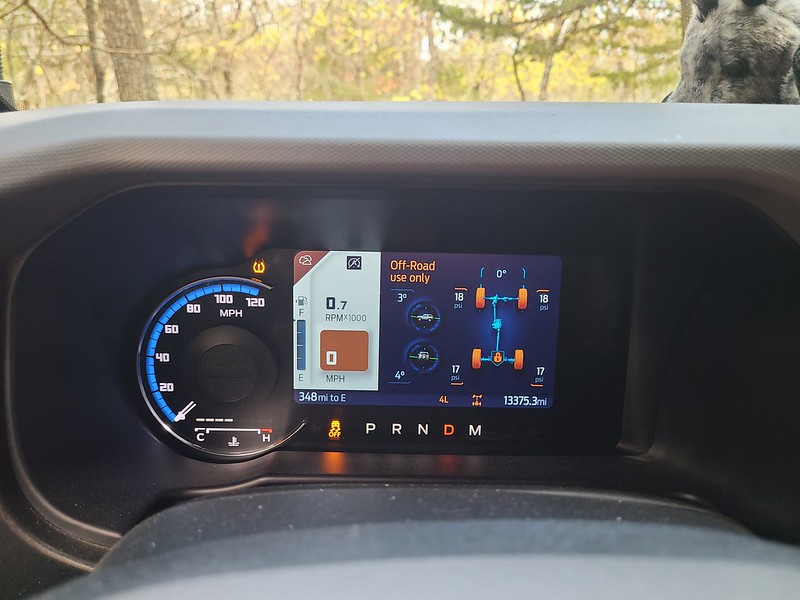 Cruised the campground to get lunch supplies and we ate with the Jeep club. 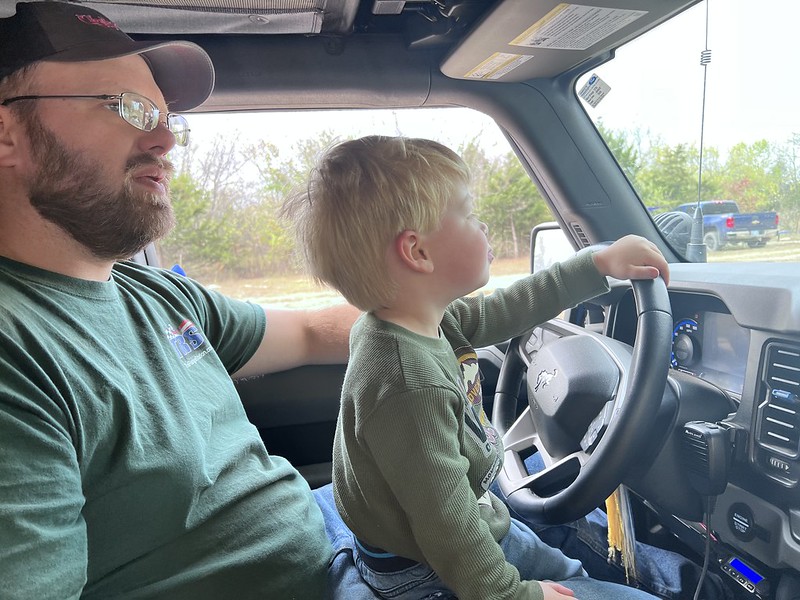 Glad to be back on solid ground we took our chances by ourselves and with her at the helm we were off. 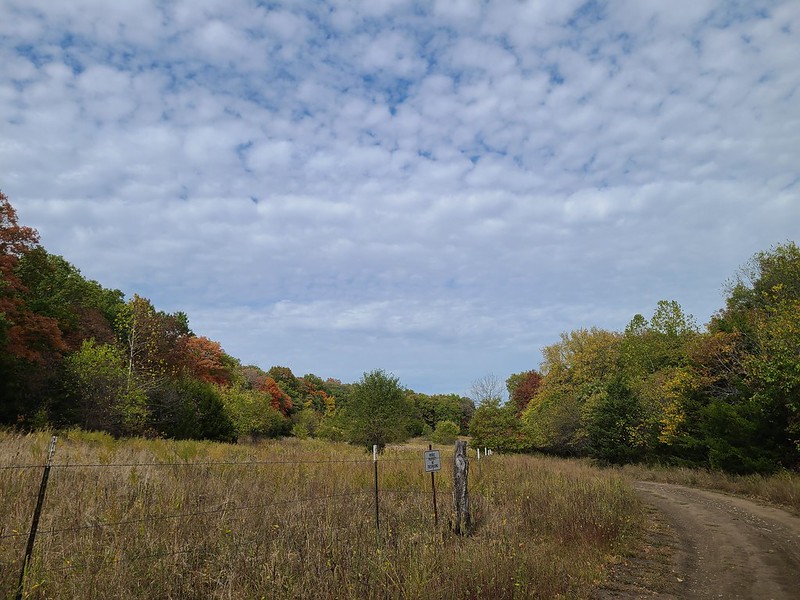 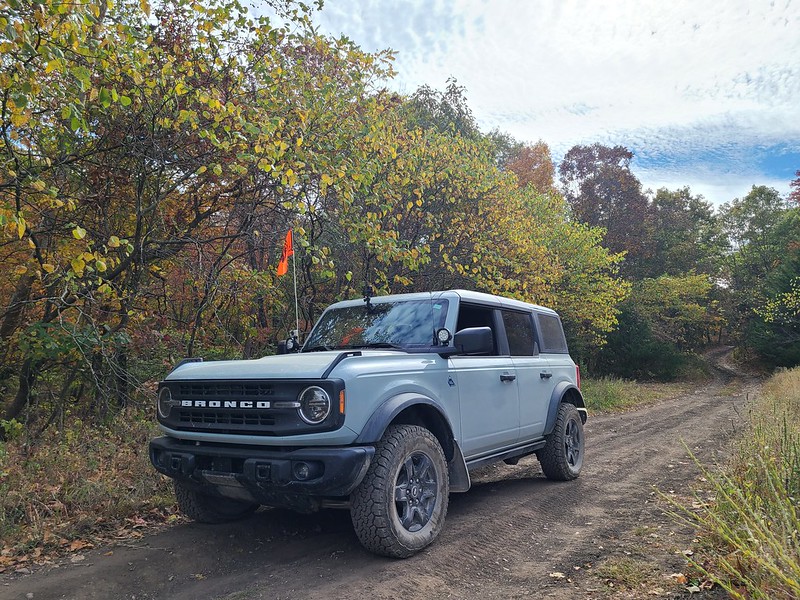 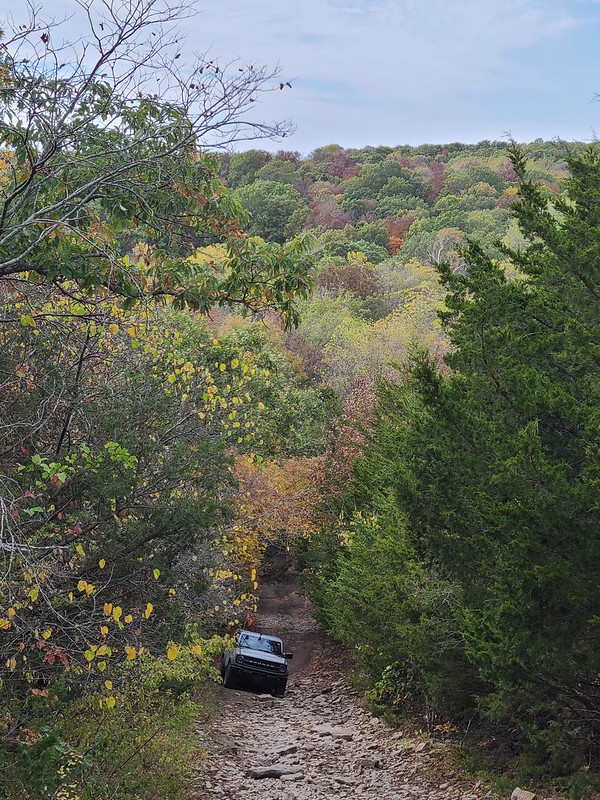 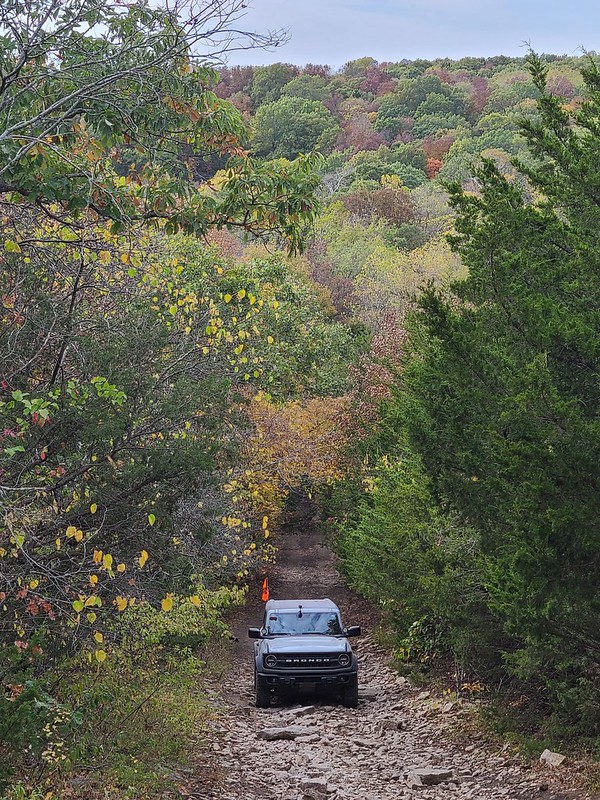 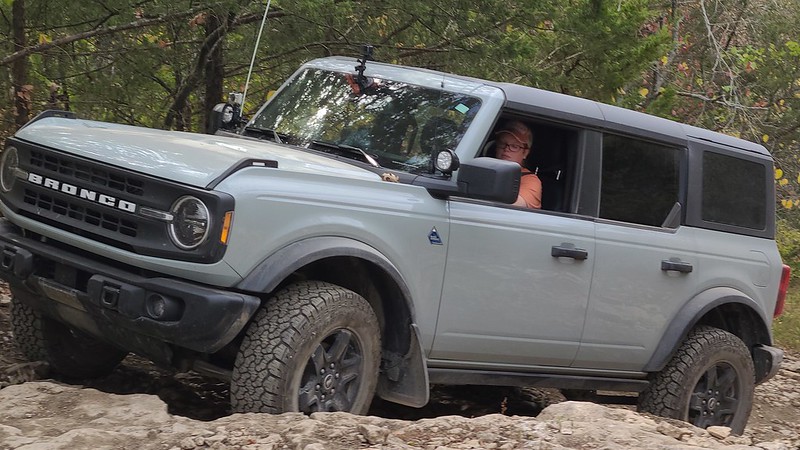 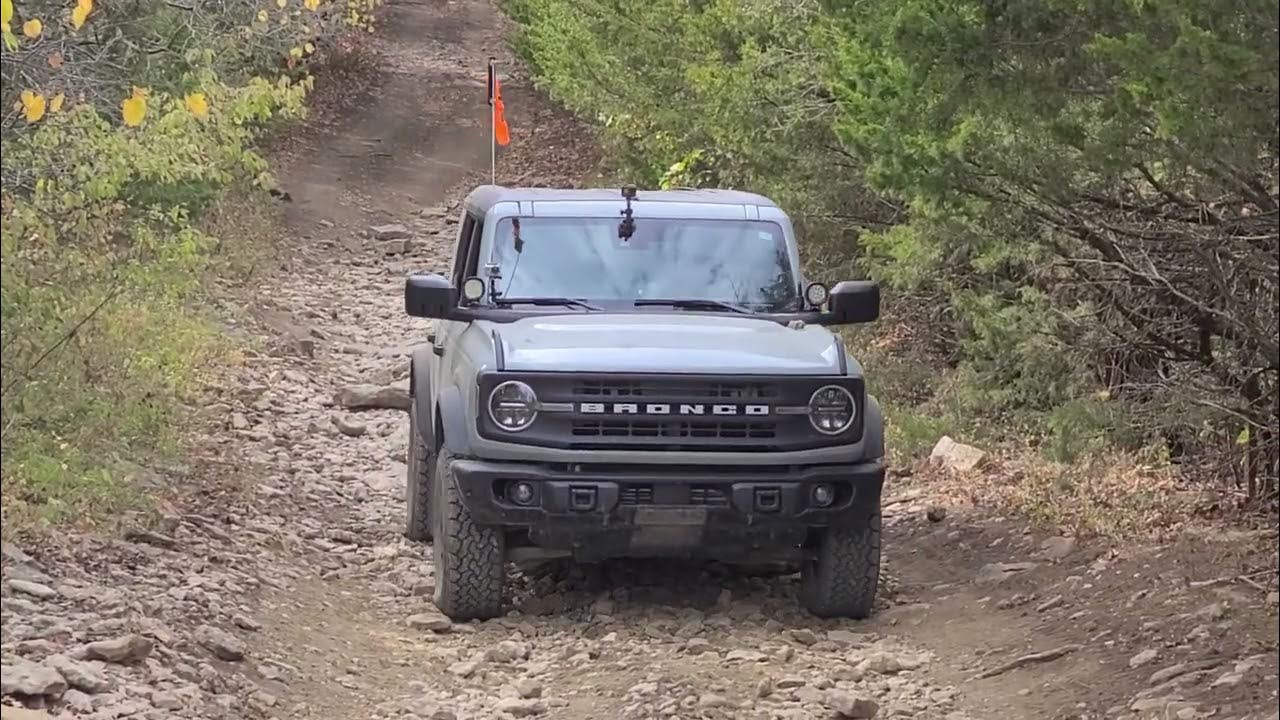 This was kinda neat to have... 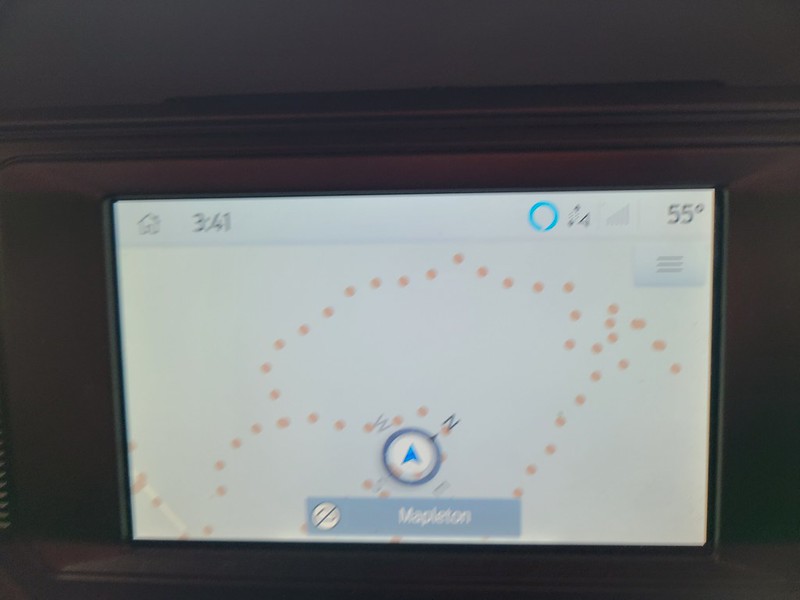 They had a "creepy crawl" ride too, we did the kid friendly one were it wasn't super scary and left the window up for our 3yo so nobody bugged him. You can only have your running lights on and the trail is marked with glowsticks and whatnot. It was a lot of fun. I left our TRS flag up (forgot about it actually) and we pulled down a string of lights and scared the scarers so that was kind of fun I guess. It was the "Back 40" loop on the map. 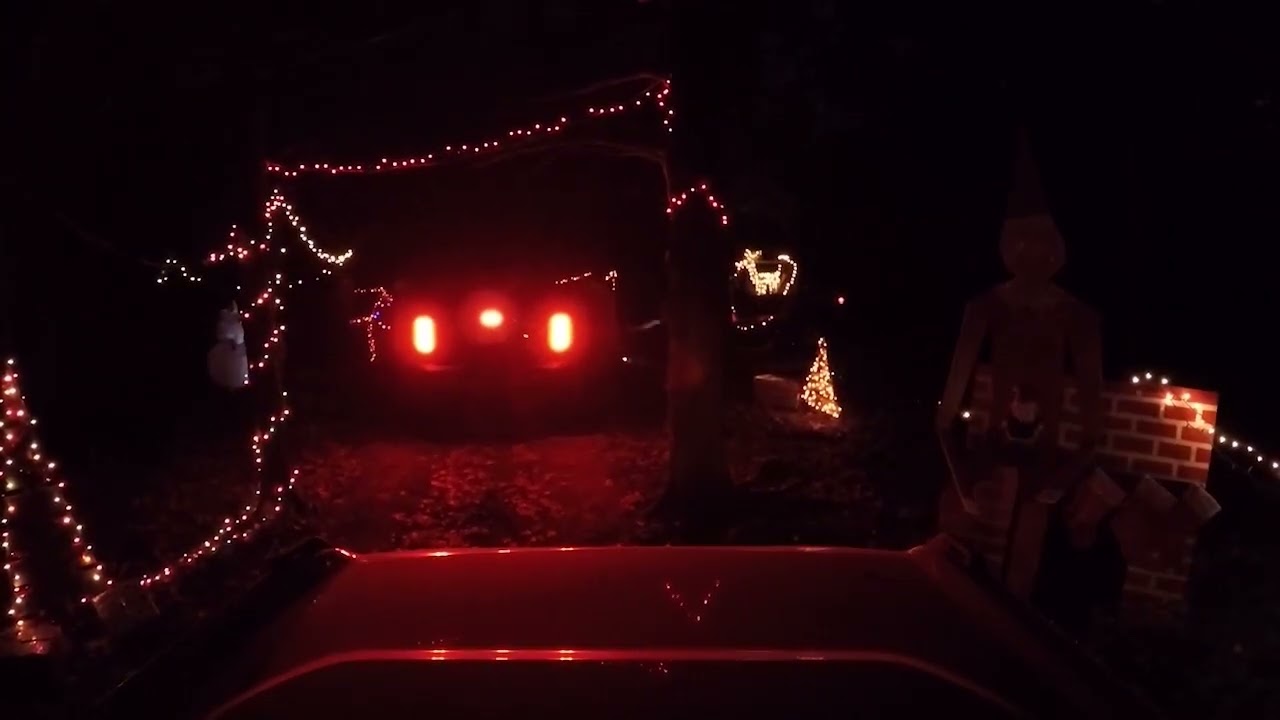 Anyway it was a lot of fun, I am going to make a highlight reel like I did with the roundup, we also toured Fort Scott (like the actual fort) which was super cool too.
Last edited: Nov 22, 2022
G

I looked at one almost identical to yours in a soft top before I bought the 2 door Outer Banks. I really like the Cactus Gray color but decided with no kids anymore, I Iiked the 2-door, hardtop and 2.7 more.

We test drove a 4dr soft top. It leaked wind like a sieve on the highway, we were so glad we had a hardtop on order.

The color is what sealed the deal for her, she really likes CG.

We are happy with the 2.3, gets pretty good mileage for what it is and seems to have enough power for what we do.

2dr vs 4dr... I kinda think even after kids we would probably still go 4dr. But I haven't daily driven a 2dr vehicle since 2005 (14 years before I became a father) I do look forward to dialing back the F-150 from Super Crew to Super Cab though. I really liked my old scab.

Full disclosure, the Bronco is her baby. It wouldn't really work for me as a dd period.
Last edited: Nov 22, 2022 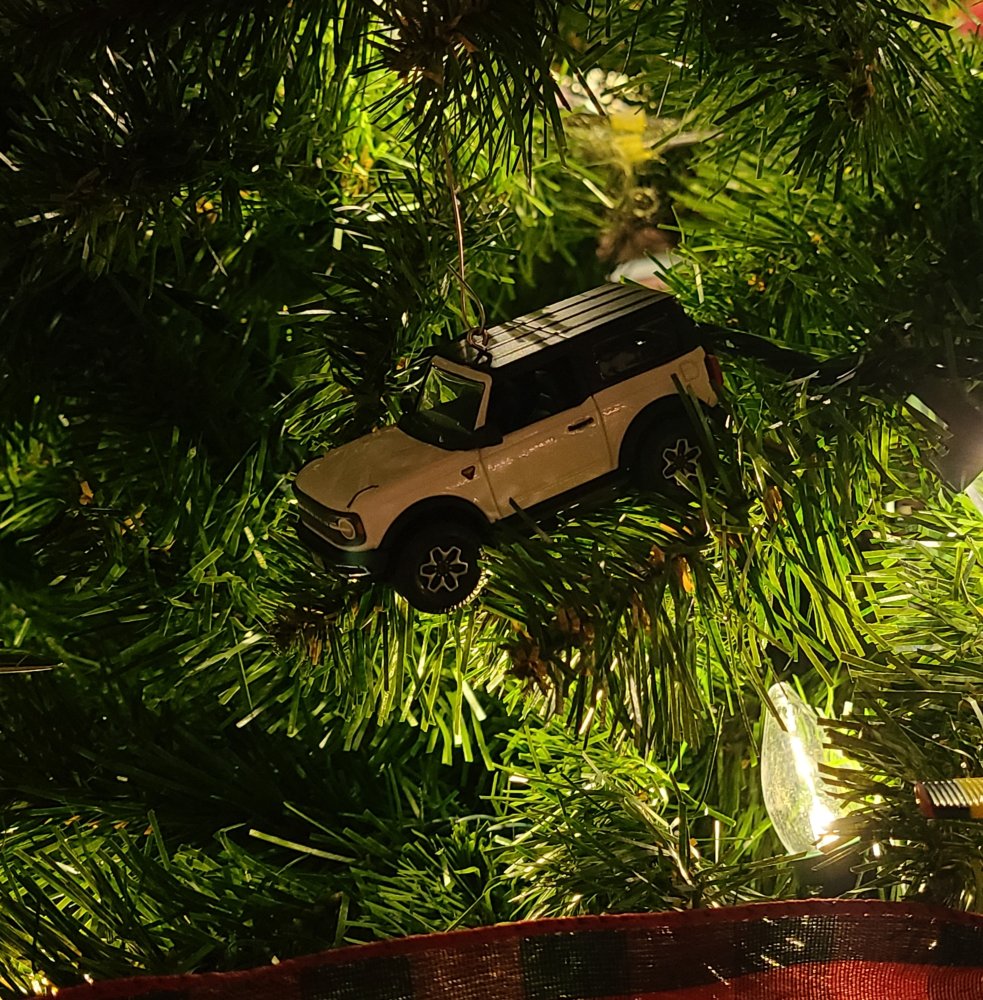 They sure are capitalizing on the trinkets for the followers of the new Bronco.

I've seen a couple things I'd like... including this... I need one of those, except with color-matched mirrors and flares and an Outer Banks badge. LOL

Finally got the video put together from our run down to Kansas in October.