Purchased this Bronco II in 1985 stock in California while in the Marines with 5,000 miles on it. 3 months later it was lifted and 31" tires installed ( currently has 33's). Used as daily driver and trails. Many changes over the years to include: limited slips front and rear, 4.56 gear ratio, Bushcracker fender flares. & visor. Engine is still the original 2.8 but has been rebuilt, headers and dual exhaust. Currently has almost 195,000 miles on it. Has only been towed once when the TFI ignition module quit. While things have broke while on the trail I was as always able to limp it home. Got tired of getting it unstuck with a come-along so in 1987 I added a Warn winch. Has taken me back and forth across the country to various duty stations during my 20 year career with the Marines. Was parked in 2005 and sat until 2 years ago when I decided to bring it back to life. During that time I replaced the grill & tail lights from a 66 Bronco. Fabricated bumpers, chain running boards, and raptor lined the outside ( no more paint scratches). changed carb and ignition( no more egr junk). Replaced the 1/2" wheel studs with stronger 9/16" ones to keep the tires where they belong. In July 2021 it left the corral and is back on the trails and road. Currently I am redoing the interior and adding power windows & locks. This truck is never done as I will always be making improvements. The shoes were missing so I added gold ones. 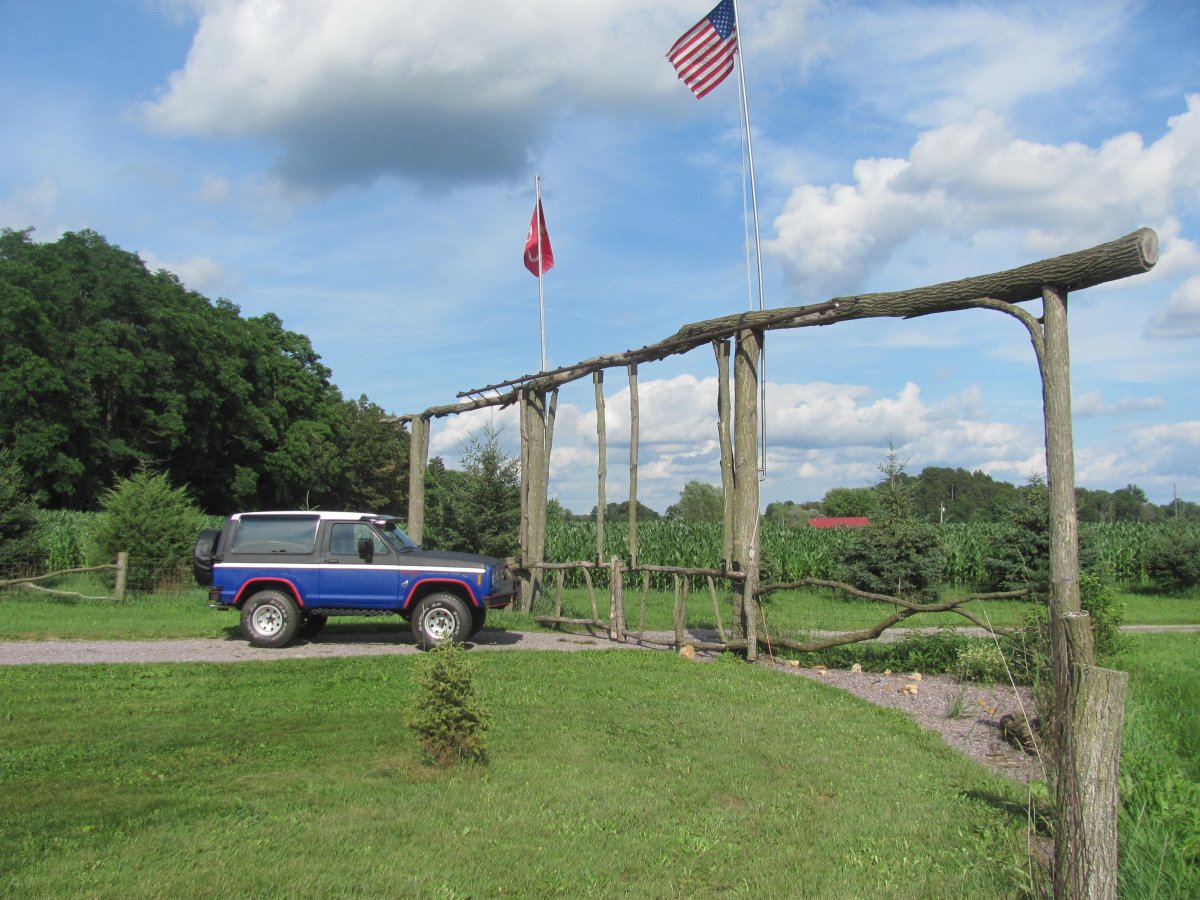