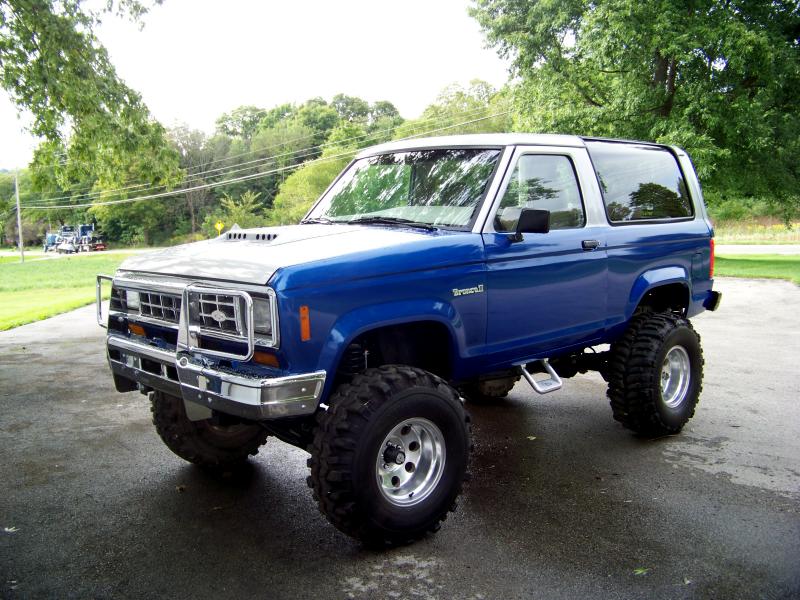 This is the Bronco II Corral’s project vehicle built from spare parts, as well as parts found in salvage yards, and craigslist.

It started out as a 1984 Ford Bronco II 4×4 with a 3-inch body lift. The Bronco II had a 302 V8 conversion, but the engine had developed a knock, and the owner was tired of messing with it. A few hundred dollars later, and a trailer ride from Virginia to Ohio, and the Bronco II found a new home. 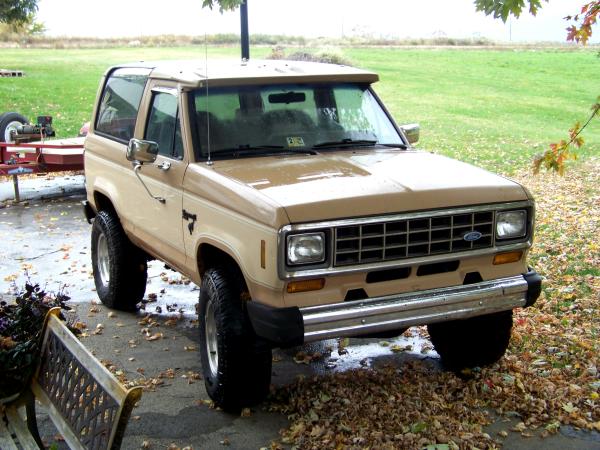 The Bronco II needed a paint job. Closer examination revealed rust in the bottom of the doors, and in the rear quarter panels.

The nice thing about these Bronco II’s, is that they share a lot of parts with Ford Rangers. That also means that there’s a ton of used parts out there.

The doors were replaced with solid ones off of a Ford Ranger sitting in a salvage year. The best part is that they even had power windows and locks.

The bodywork was done in a home garage, and then painted blue and silver. The hood was cut open to help ventilate the engine compartment, and covered with a hood scoop. 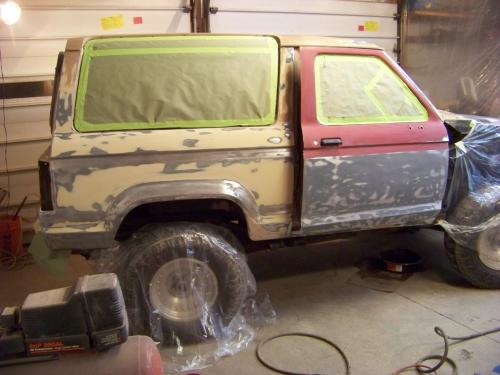 The engine was replaced with a 302 from a Ranger build that served its time, and was parted out. The new engine has an Edelbrock Performer intake, cam, and Holley Offroad Avenger carb. The engine is lit with the help of a MSD ignition, but still has a Durspark ignition for backup. The Bronco II already had a good radiator designed for a V8 swap, but an engine oil cooler, complete with an electric fan, was added to help keep it cool. The engine ex-hails through a single custom exhaust, and Flowmaster muffler. 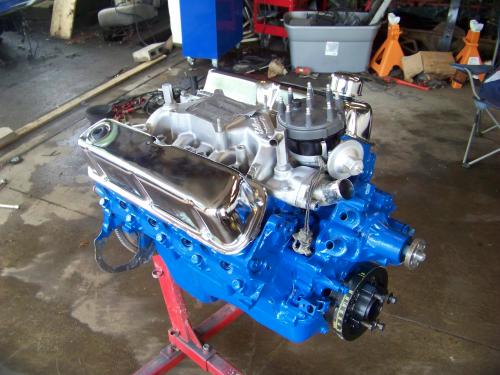 The interior was upgraded with seats from a Honda mini van (the drivers is power). Seriously. The seats use the brackets from the original Bronco II seats, but a bracket is mounted between the Honda seat, and the Ford seat bracket, so it all bolts together. The donor van was sitting wrecked in a salvage yard. Since it had low miles on it, the seats were nice and firm, and feel like brand new seats.

The steering wheel was replaced with a new aftermarket one. The stereo was replaced with a full Kenwood system complete with receiver, speakers, and subwoofer. The rear seats were retained, but the factory colors blend well with the colors used on the dash and door panels. 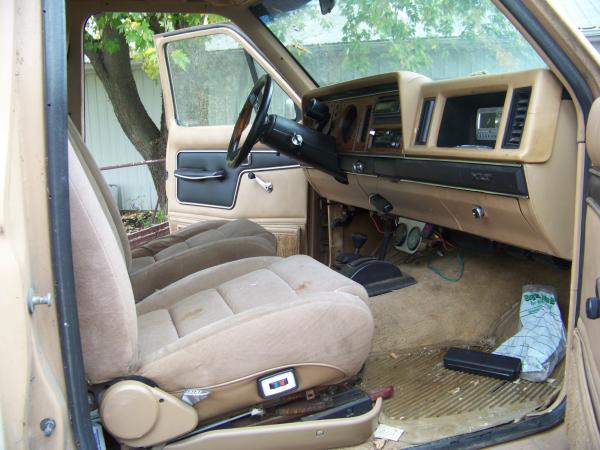 Before and after. Those Honda seats look like they belong in there.

Who says you have to spend a lot of money for a custom interior! 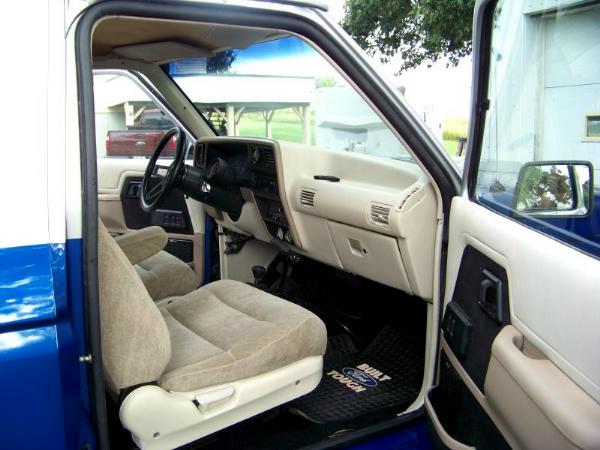 Below you can better see the colors used on the interior panels, and how they blend with the rear seats. Note how the speaker cover was painted black, and the Kenwood emblem was added to it. 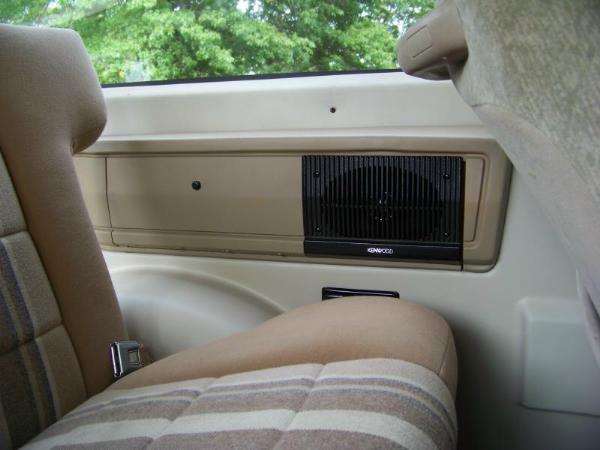 As far as the suspension, the front of the Bronco II was lifted with a used 4-inch Trailmaster lift kit. The rear of the Bronco II was lifted from a used set of factory Ford Explorer leaf springs. The 4-inch suspension lift, and 3-inch body lift allowed enough room for a used set of 33-inch tires. The tires are 33x14x15 Boggers in the rear, and 33×12.5×15 swampers in the front. The aluminum wheels are a used set of Mickey Thompson’s. Since the Bronco II is being powered by a healthy V8, the rear was treated to a used traction bar mounted on top of the leaf springs.

The Bronco II was treated to new tail lights and marker lights, as well as a new chrome grill and bumper. The front end is protected by a chrome grill guard found on craigslist. The front and rear bumpers were raised up to match the body lift. A step hoop was added to each side to help those that are vertically challenged.

Be sure to check out the photos below. There are more detailed photos of the interior. 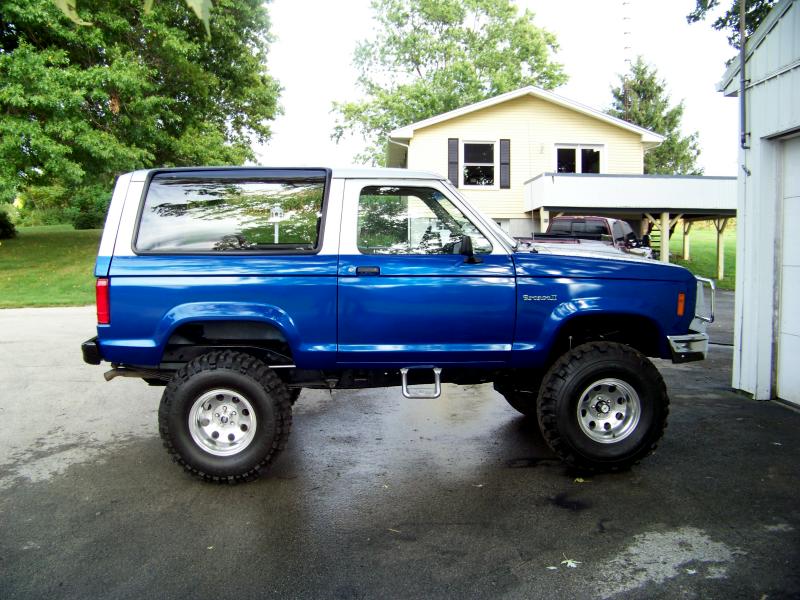 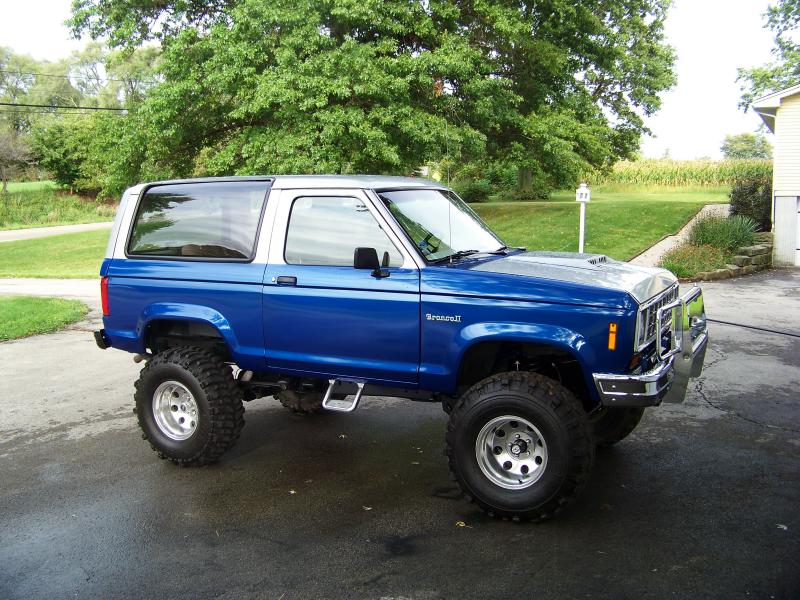 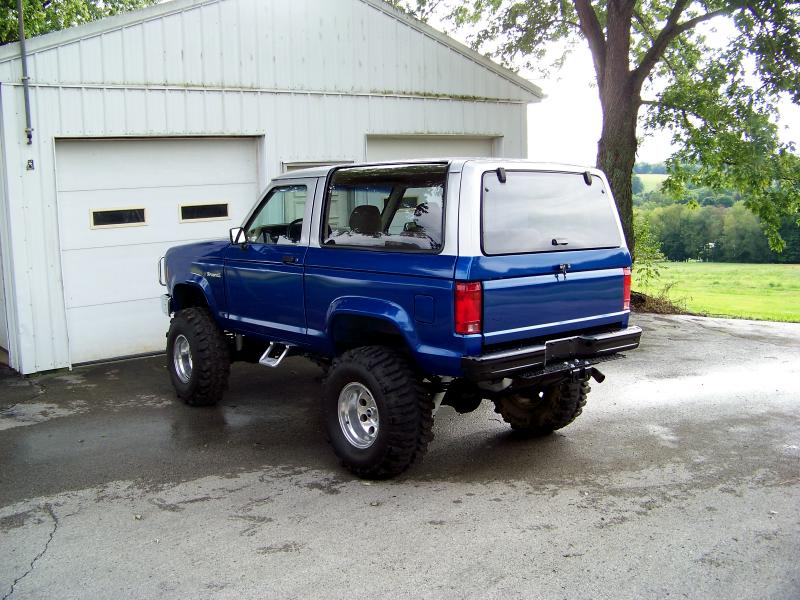 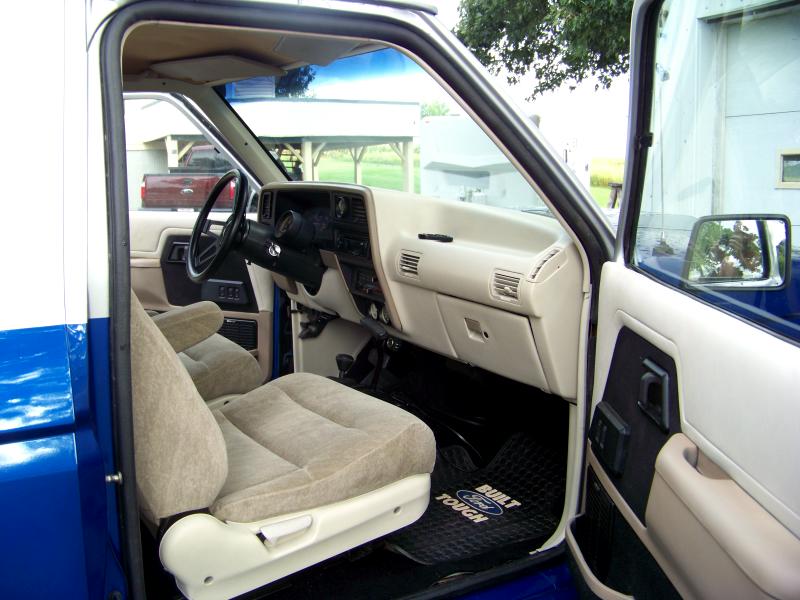 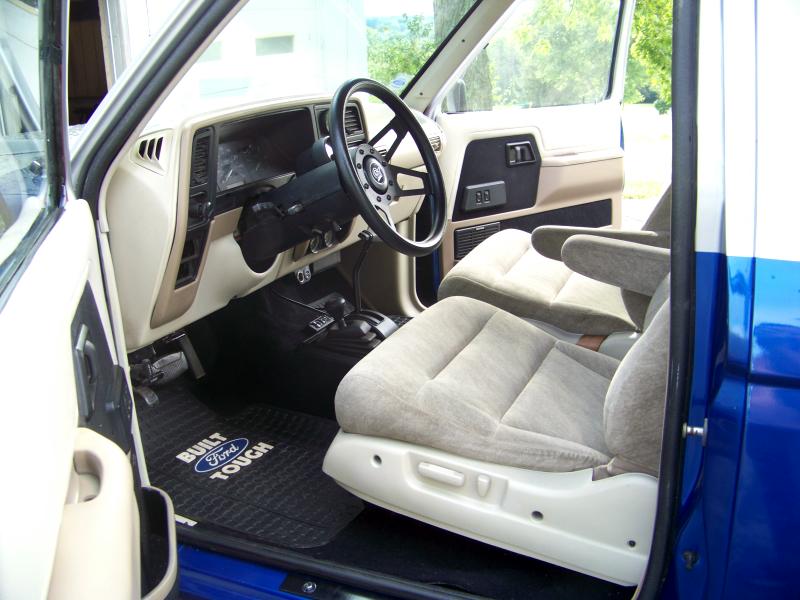 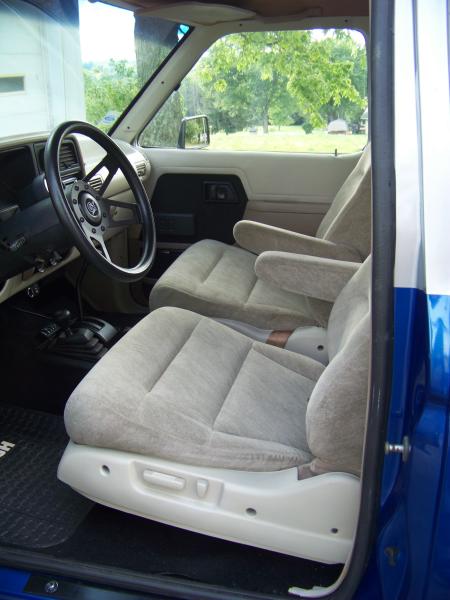 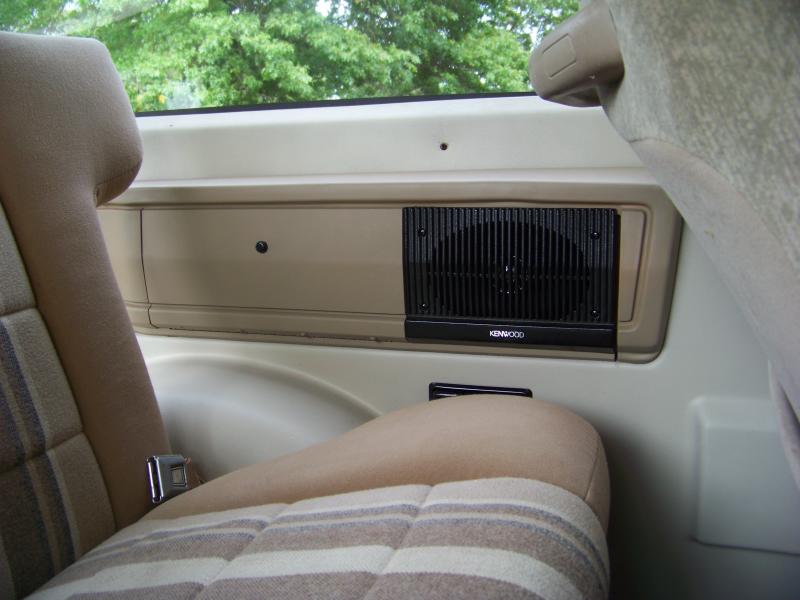 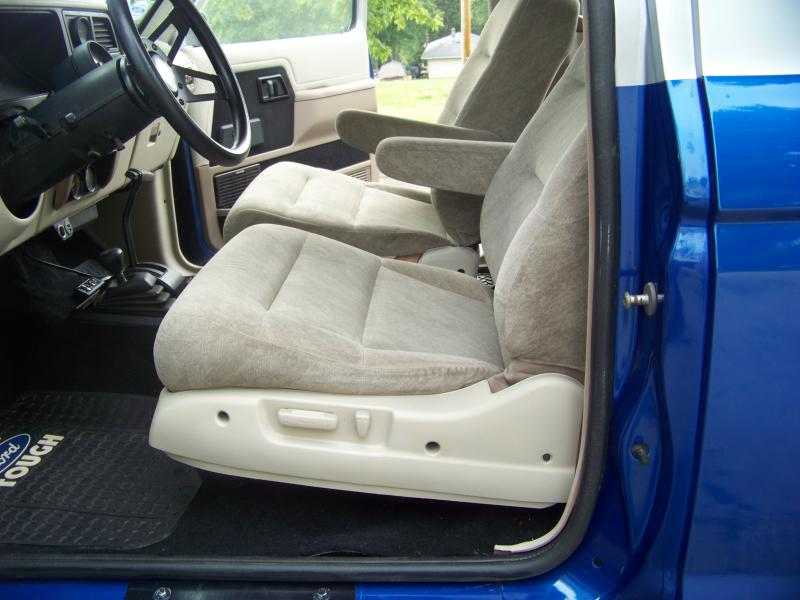 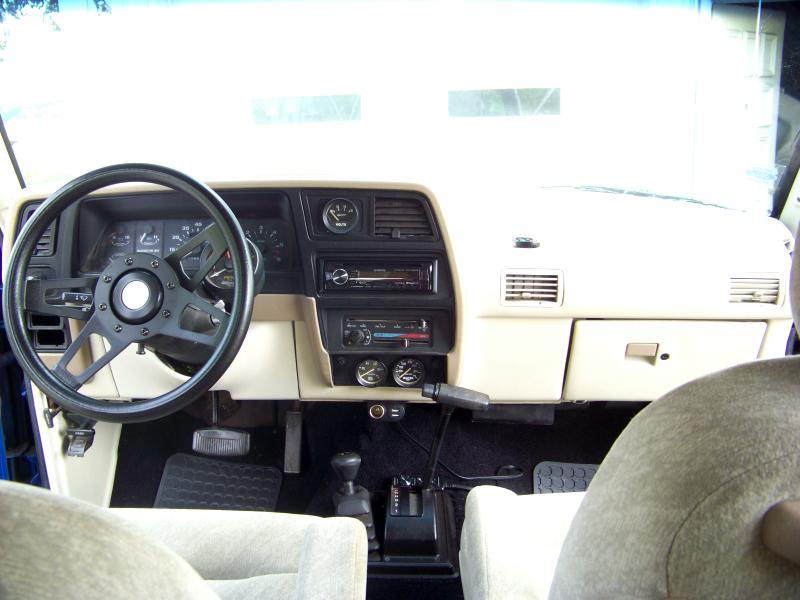 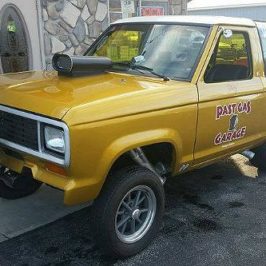 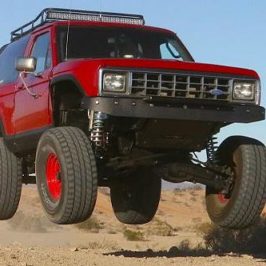 What possessed Bobby Quarnstrom to build a Bronco II? And to not just slightly improve... 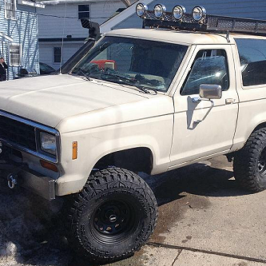 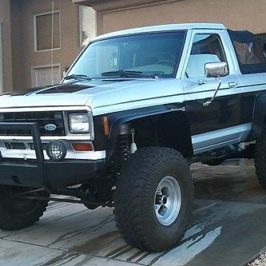 Wouldn’t it have been great if the Bronco II had come with an open top... 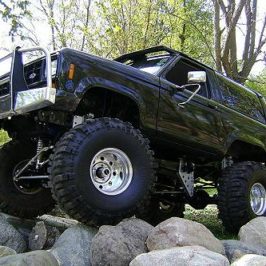 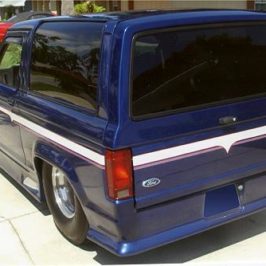