We originally brought you some photos of the Bronco II Plus from Applied Concepts. The article can be found HERE.

Bill McCarthy was kind enough to drop me an email along with some scanned material.

“I had one I purchased new from Elbury Ford in Cambridge Mass. It was Red with silver in the middle and the red and gray interior. Applied Concept plaques were on the tailgate and dash. It also came with 2 flat folding baskets which stowed in the well at the left rear. A compartment in the floor under the carpet and another compartment over the driver with a now close netting. I believe I still have the sales brochure and owners manual. It had a 2.9 v6 w/ od transmission auto locking hubs and all power accessories. Wish I still had it today !” 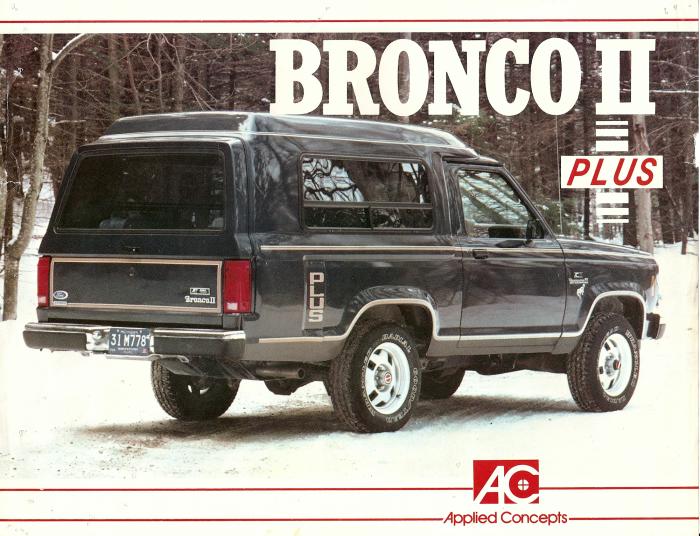 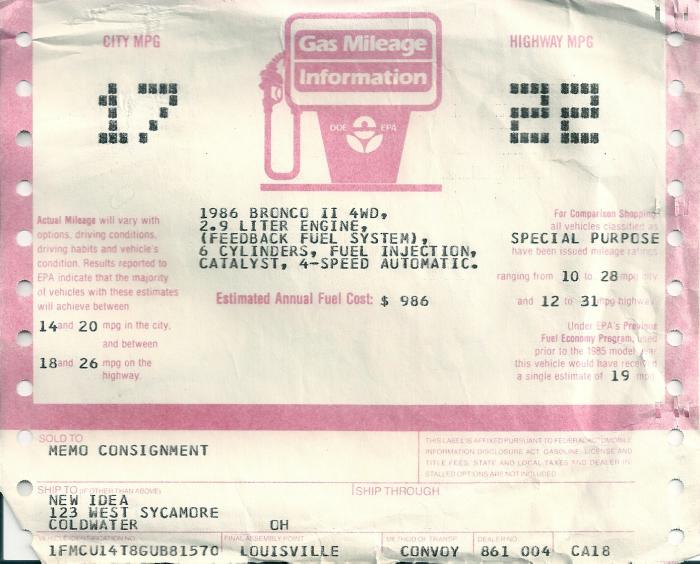 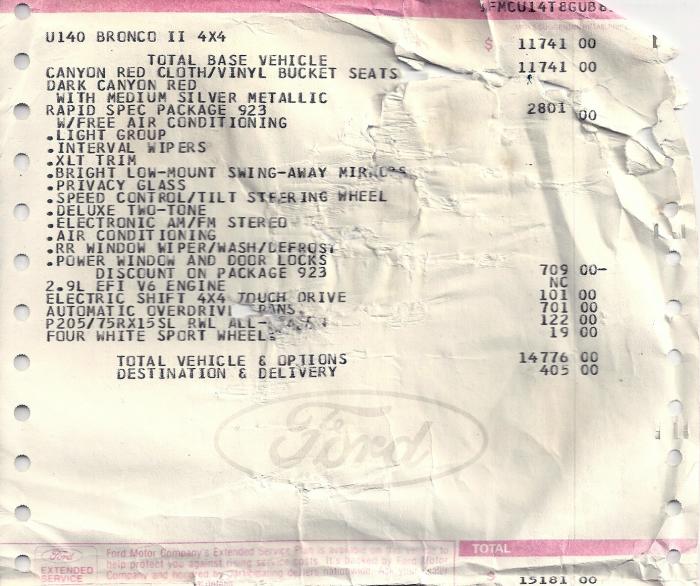