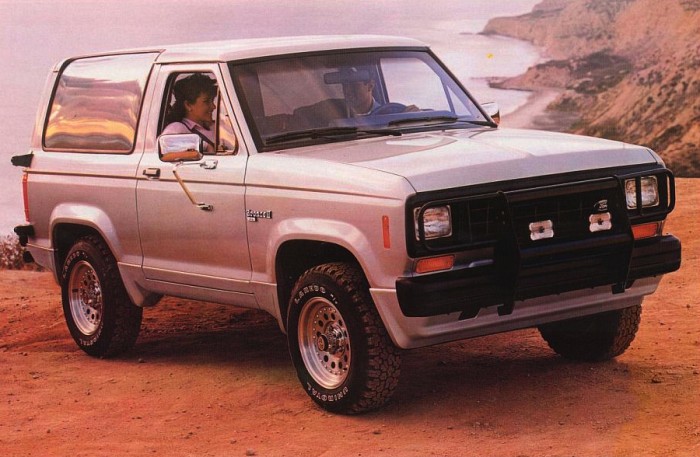 In today’s automotive marketplace, compact SUVs and crossovers are among the best selling vehicles, with each and every manufacturer striving to add more content year after year to attract retail customers. This wasn’t always the case, and the compact utility vehicle segment was largely ignored by domestic automakers for years, until General Motors launched the Chevrolet S-10 Blazer and GMC S-15 Jimmy for the 1983 model year.

Ford, which hadn’t produced a compact utility vehicle since the original Bronco was super-sized in 1978, saw the potential for such a fuel-efficient utility vehicle as well. Its new offering, dubbed the Bronco II, was introduced to the market in 1983 as a 1984 model. Like the GM equivalents, the Bronco II’s roots came from a compact pickup truck, specifically the Ford Ranger, which shortened its development time and ensured the Bronco II’s durability. Early models (which came only with four-wheel-drive drivetrains) were marketed for their go-anywhere capability, and not for their creature comforts; it wasn’t until 1986 that Ford even offered the Bronco II in a rear-drive configuration, targeted to buyers who liked the appeal of a compact SUV, but didn’t need its off-road capability.

Power for the original Bronco II came from Ford’s carbureted 2.8-liter Cologne V-6, rated at 115hp. Lack of power was a frequent complaint from early owners, so Ford introduced a new fuel-injected 2.9-liter V-6 (loosely based on the previous 2.8-liter V-6) for the 1986 model year. Its Multi-Point Fuel Injection system delivered 140 horsepower and 160 pound-feet of torque, while maintaining the same fuel economy as the 2.8-liter V-6 (and further reducing emissions). Those wanting the best in fuel economy could also opt for a Mitsubishi-sourced 2.3-liter turbodiesel for the 1986 model year, but dismal performance (and few sales) killed this choice after the 1987 model year. 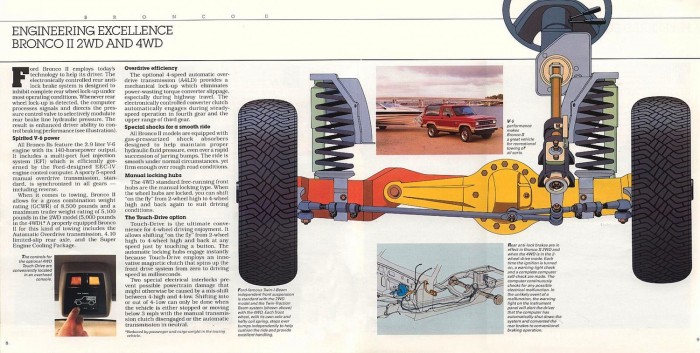 The first Broncos were delivered with a four-speed manual or a three-speed automatic transmission, but manual-transmission buyers got five gears beginning in 1985. A four-speed automatic transmission was substituted for the three-speed beginning with the 1985 model year, and this transmission was used throughout the rest of Bronco II production. As all Bronco IIs were four-wheel drive until 1986, the standard setup was a Ford 7.5-inch rear axle and a Dana 28 front axle; this would be true of four-wheel drive Bronco II models until the Dana 35 front axle replaced the Dana 28 towards the end of production in 1990. Rear-drive Bronco II models, introduced in 1986, simply used the Ford 7.5-inch rear end.

The 1986 introduction of the 2.9-liter engine and rear-wheel-drive variant saw a shift in buyer demographics. While early Bronco IIs were often purchased in base or XL trim by those who needed the truck’s off-road or all-season capabilities, the changes for the 1986 model year saw sales of higher-end XLT models soar. Range-topping Eddie Bauer models were popular, too, as they helped project a rugged-yet-sophisticated appearance to suburban buyers. Those opting for four-wheel-drive Bronco IIs could also choose an electronic transfer case option in late 1996, allowing drivers the luxury of engaging four-wheel drive, on the fly with the press of a button. 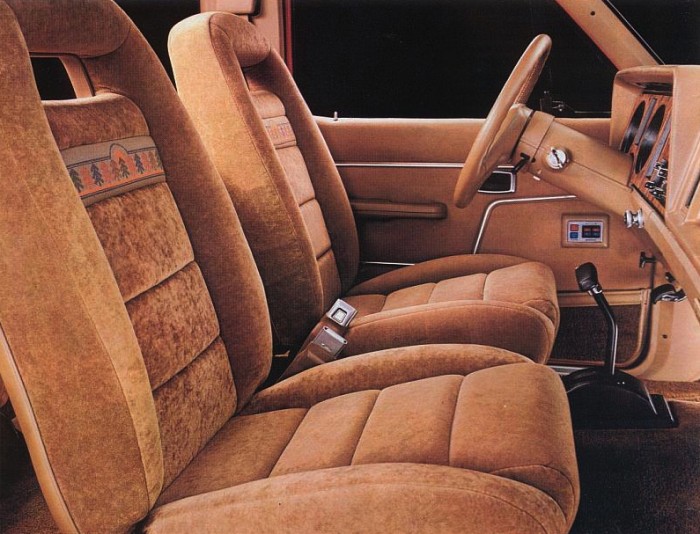 The Bronco II rode on a short 94-inch wheelbase, and measured just 68 inches wide. At 94 inches tall, that produced a high center of gravity, making the Bronco II susceptible to rollover if driven improperly. Oddly enough, this was more of an issue with rear-drive Bronco II models (due, perhaps, to their slightly higher center of gravity) than with four-wheel-drive variants, but the occurrence of rollover accidents was frequent enough to catch the attention of the National Highway Traffic Safety Administration (NHTSA) and the Insurance Institute for Highway Safety (IIHS).

In 1989, the NHTSA opened an investigation into the Bronco II, which ultimately concluded that the Bronco II’s rate of rollover accidents was on par with other SUVs of the day. The IIHS, however, reached a different conclusion, finding the Bronco II to be three times as likely to roll in an accident than the infamous Suzuki Samurai, another off-roader with a short wheelbase, high center of gravity and dubious reputation for being prone to tipping. Perhaps more damning was the IIHS’s conclusion that the rear-wheel-drive Bronco II had the highest fatality rate in rollover accidents of any compact SUV tested (though the four-wheel-drive Bronco II had less than half the fatality rate of the rear-drive version). 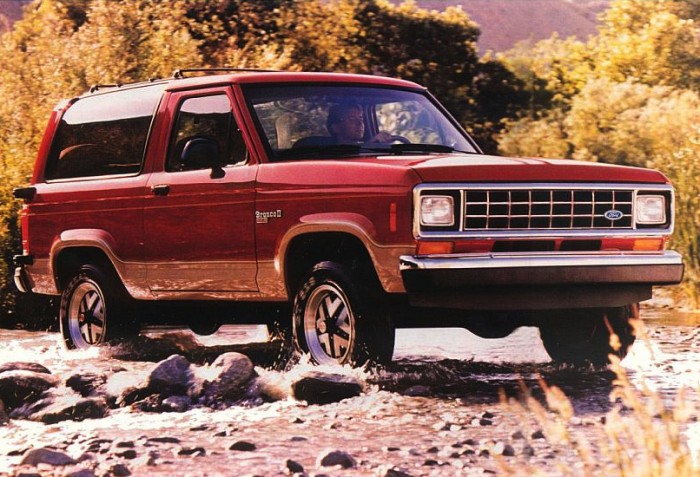 A second generation of the Bronco II debuted for the 1989 model year, just as the rollover controversy was beginning to heat up. The refreshed model featured revised front end styling (to match the updated Ford Ranger pickup) and a new interior, but there were few mechanical changes to speak of. The Bronco II’s last year on the market was 1990, when it was replaced by the larger, longer-wheelbase, Ranger-pickup-based Ford Explorer (which itself would become infamous for its propensity to roll over if tire pressure was not properly maintained).

Despite its potential flaws, the Bronco II was a highly successful model for Ford and helped establish the modern compact SUV segment. While the Explorer served a one-size-fits-all role for Ford from 1990 to 2000, the automaker reentered the compact SUV segment with the launch of the Escape for the 2001 model year. Had the Bronco II not paved the way for these later models, it’s likely that suburban driveways from coast to coast would still be filled with minivans.