There were (3) different styles of rear driveshafts used in the Ford Bronco II.

These CV (Constant Velocity) styles were a weak composite design, and are almost guaranteed to break if you’re using them on a lifted Bronco II.

The constant velocity (CV) driveshafts have enclosed CV joints at both ends of the shaft. These CV joints use balls inside of them and function similar to the animation below.

You cannot rebuild these driveshafts like you can with a driveshaft that uses u-joints.

A double cardan joint consists of two universal joints mounted back to back with a center yoke; the center yoke replaces the intermediate shaft. The real benefit to a double cardan driveshaft is smoother operation at higher operating angles and longer life. The double cardan assembly works by intersecting the joint angles at the center pivot point and delivering a smooth rotational power flow or surface velocity through the drive line. 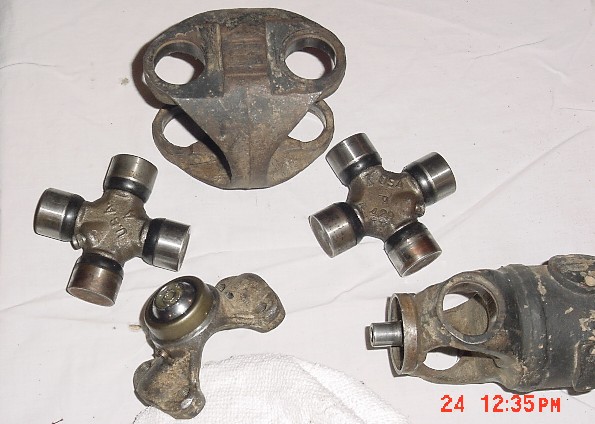 A typical single cardan driveshaft should not exceed 12* degrees. The Ford Bronco II pinion is set around 17* degrees, and has used a double cardan and constant velocity driveshaft.

U-joints will not survive over 30* degrees. So you need to consider wheel travel and how much the angles will change at extreme angles. You have to also remember that the rear axle wants to roll forward under acceleration, which can increase the angle. This is why it’s best to use a double cardan driveshaft. A single cardan driveshaft will probably have a vibration, especially at highway speeds, and will likely develop premature u-joint failure.

This video should help you better understand operating angles in driveshafts.

When you lift the suspension on your Bronco II, you have to make sure you set it up with the proper pinion angle. The pinion angle is simply the angle between the rear end’s pinion shaft and a true horizontal line. The transmission angle is the angle between the transmission’s tail shaft and a true horizontal line.

Together, these angles form the driveline’s phase angle. Pinion angles can make the difference between a smooth ride, or a noisy and vibrating ride. Correct pinion angles are also very important to the life of your u-joints. Yes a driveline will work with 0* degree pinion angle, but the u-joints need a slight angle for proper lubrication. Without the correct angles, the needle bearings in the u-joint caps do not rotate. Those needle bearings need to rotate in order for the u-joint to operate reliably and smoothly. These u-joint angles should always be at least 1-degree to avoid wearing out the yoke bearings.

As mentioned above, the Bronco II needs a double cardan rear driveshaft since the short driveshaft length and increase suspension height can create extreme angles.

When using a double carden driveshaft, the axle pinion angle needs to be 2* degrees less than the driveshaft angle. This is the only situation where you don’t try to set the pinion and equal but opposite to the transmission angle.

This may be a better example of being 2* degrees less than the driveshaft angle:

If you’ve bought a suspension lift kit for your Bronco II, then it likely comes with a tapered block, axle shim, or otherwise adjusts the angle of the axle pinion to compensate for the increased angle caused by the transmission / transfer case moving higher up. 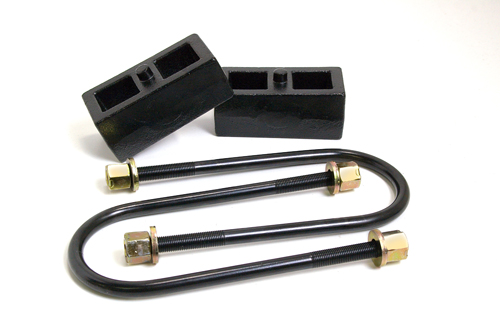 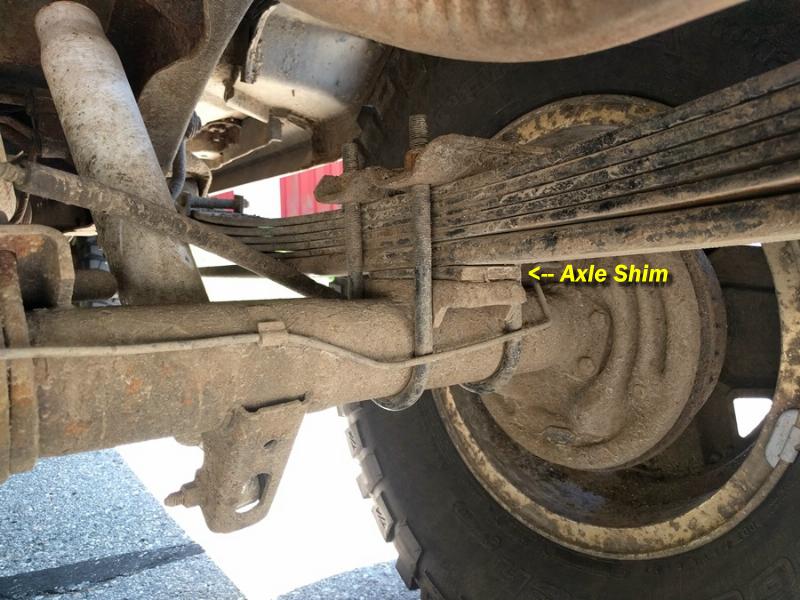 During an axle swap, the spring perched are welded on to the rear axle at the proper angle needed to create the proper pinion angle. 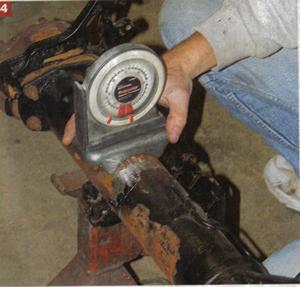 Where Do I Get A Replacement Rear Driveshaft?

While there are companies that offer replacement rear driveshafts, some people choose to build their own (or have one built) from a used driveshaft.

Explorer Front Driveshaft On The Rear Of A Bronco II

Building A Rear Driveshaft From An Explorer Front Driveshaft

If you prefer to purchase a new one, you can get them from: