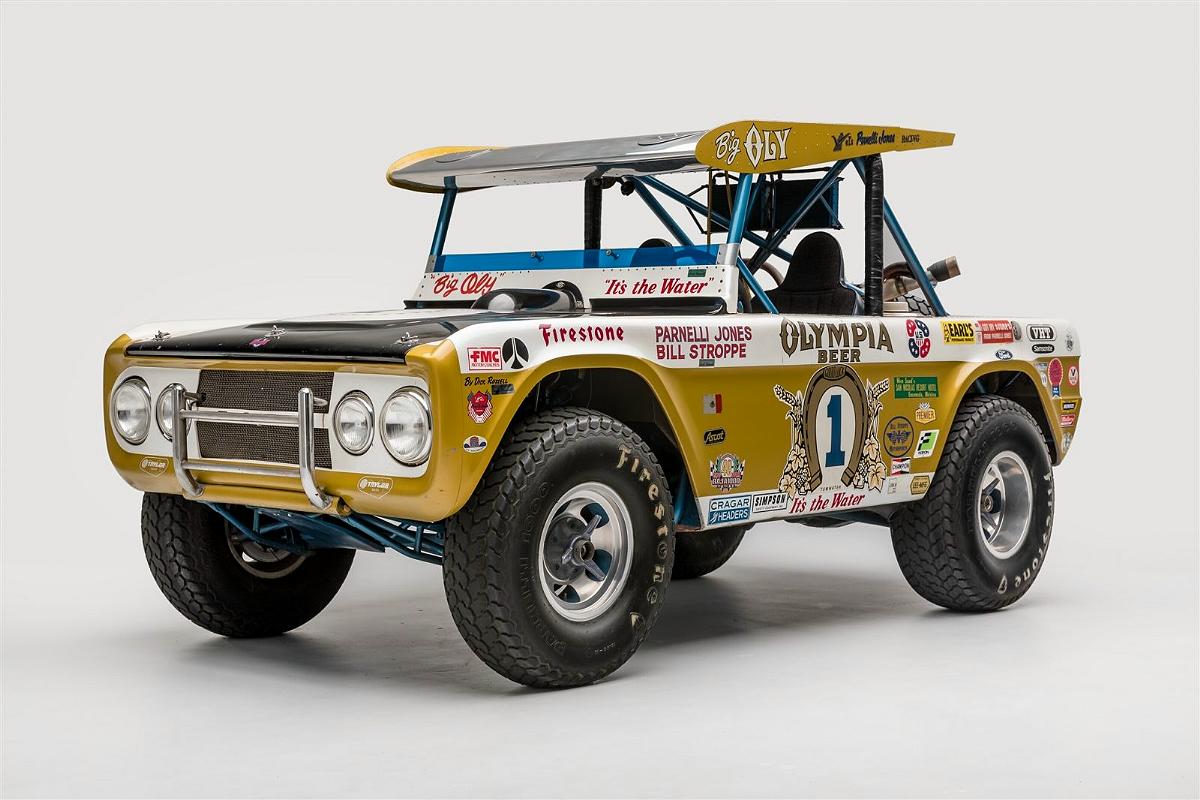 Big Oly is possibly the most famous Ford Bronco in American history. But it doesn’t just look good, this unstoppable Bronco is a racing legend. Designed by Parnelli Jones, Dick Russell and built in Bill Stroppes shop, Big Oly was one of the first purpose-built off-road vehicles to compete at Baja.

Simon “Bunkie” Knudsen’s short tenure at Ford had produced, in addition to the Boss 429 Mustang, a 2WD Bronco study project with a lowered body, a Twin-I-Beam front end and an automatic transmission. Knudsen wanted to study the feasibility of selling a 2WD Bronco, but the project was scrapped and Stroppe ended up with the vehicle. According to Jones, he spied the vehicle sitting in the corner of Stroppe’s shop and suggested they build it into an off road race vehicle. Stroppe complied and shortly after the vehicle’s debut, Stroppe and Jones won the 1970 Baja 500 in the red and white Bronco. 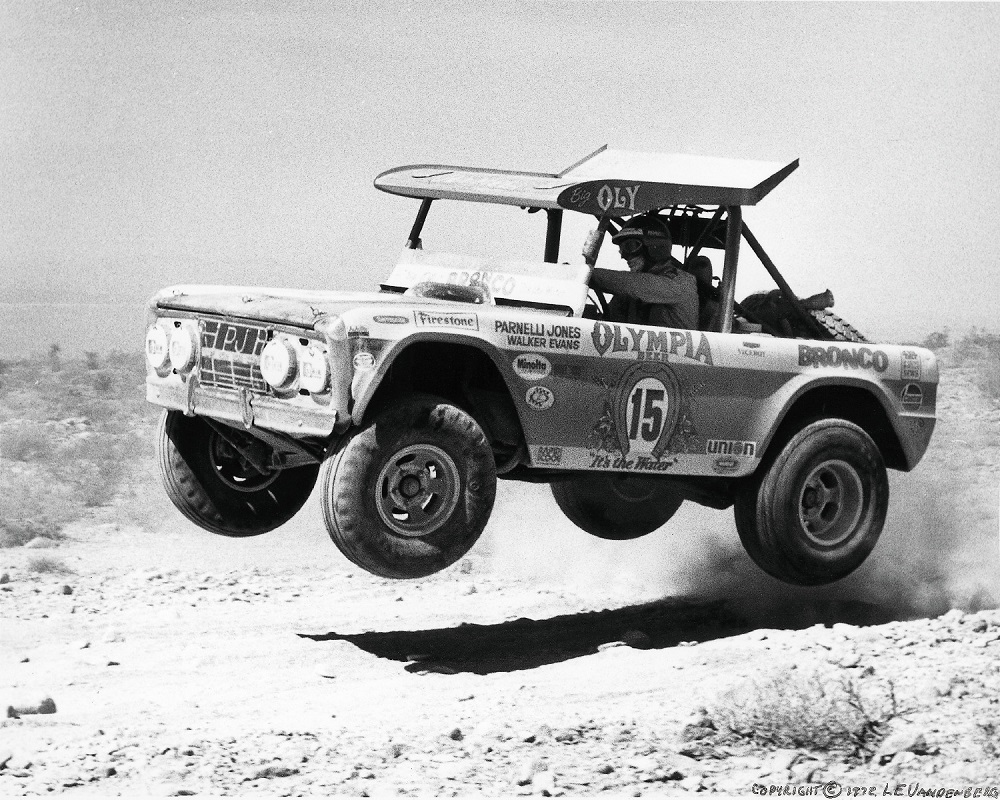 Parnelli liked the Pony but wanted more. The Pony still used a Bronco frame and Jones wanted a tube frame “truck” built to his specifications; faster, stronger, and lighter. Something to “beat the bikes”, he once said. According to Parnelli, he approached Stroppe about building such a beast, but Stroppe resisted because the vehicle really wasn’t a Bronco, and he thought the vehicle should stay true to the production Bronco to keep Ford happy.

Parnelli took Dick Russell, a Stroppe employee and ace fabricator, to lunch and found a willing partner to design and construct the vehicle. They sketched out the designs for the tube-frame chassis on napkins and came up with ideas they wanted to incorporate. Russell started working on the truck at his home, away from the eyes and ears of Stroppe. Bill soon caught wind of what was happening, and demanded to know what was going on. Though Bill felt like Parnelli had gone behind his back in building the truck, things were soon smoothed over, and the construction of the project moved to Stroppe’s Long Beach facility.

The front end is a narrowed Twin-I-Beam front suspension from a production Ford pickup. While stock Ford Twin-I-Beam front ends use radius arms that attach to the frame behind the axle beams, Big Oly uses trailing arms that attach at the front of the tube frame, and run rearward to the axle beams. This design would appear to allow a more natural deflection of the wheels when encountering obstacles. The front end is directed with the help of a Thunderbird steering box controlled by one of Stroppe’s trademark padded Bronco steering wheels.

The rear suspension is a four-link design with a transverse panhard rod for lateral location of the axle. Each link has rubber bushings at each end. The rear axle is a full-floating Ford 9-inch with 4.11 gears and a Detroit Locker. Hurst/Airheart disc brakes are used at each corner. The chassis is suspended by a coil spring at each corner with a Gabriel shock absorber located in the center of each coil spring along with an Gabriel additional shock at each wheel.

The front suspension boasts about 10″-12″ of suspension travel with the rear contributing about 8″-10″ of travel. An additional note on suspension travel, Big Oly originally had Bostrom suspension seats in it, which had about 3″ of spring travel in them for added comfort. At some point they were replaced by modern Taylor seats like those used in off road racing vehicles today.

Rolling stock consists of alloy wheels with 9-15 Firestones up with front and 9.50-16 Firestones throwing rocks out the rear. 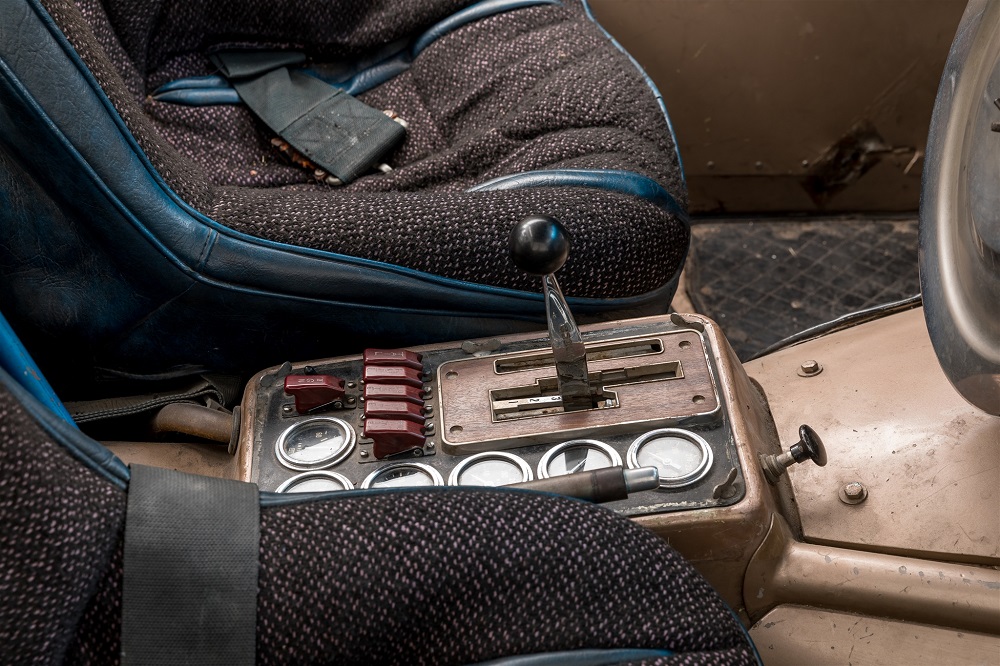 Jones ran a truck C4 3-speed automatic transmission in the early races but later switched to a stronger C6, which still resides in the truck today. Both transmissions were shifted by a Hurst shifter in a custom console between the seats that also houses all of the vehicle’s Stewart Warner gauges and electrical switches.

The oil and transmission coolers were originally from Harrison but switched quickly to Rapid Cool. Filtration is handled by Purolator products and Autolite wiring provides spark for all electrical functions.

Handling the fuel containment duties are two 22 gallon Firestone fuel cells. One is mounted directly behind the passenger compartment and the other resides low in the rear of the vehicle behind the rear axle, to aid in weight distribution. The higher mounted cell feeds the lower cell with the aid of gravity. An electric fuel pump moves the fuel to the engine through braided stainless lines. 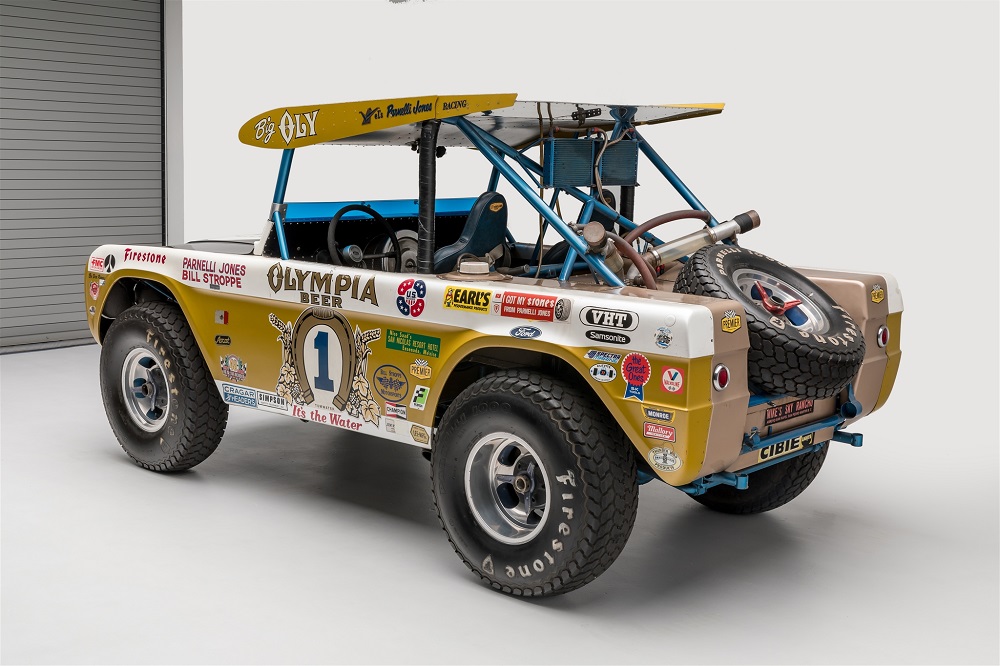 The most unique feature of Big Oly is of course the large aluminum wing mounted atop the passenger compartment. The wing came from Parnelli’s feeling that the rear end of the Bronco was a bit loose and that perhaps a wing would provide down force to give more “bite” at higher speeds. The wing has a range of 40 degrees of adjustability and is adjustable in 10 degree increments from a lever in the cab.

Big Oly was originally named the “Crazy Colt”. The name changed after Olympia Beer became the title sponsor. Their logo was painted on each side of the truck, and each side of the overhead wing.

The dominance of the truck led to an arms race in the world of off-road racing that we still see playing out today. Modern desert racing trucks have space frame chassis, lightweight “bolt-on” bodies often designed to look similar to a production model, a reliable V8, a solid rear axle, and generously proportioned coil springs on all four corners.

Big Oly proved to be a hugely influential design that succeeded in bringing technology from the race track to the desert, ensuring that off-road racing trucks would never be the same again.

Parnelli Jones and Bill Stroppe raced Crazy Colt/Big Oly for four short years from 1970-1974 and in the process built a legendary partnership that is unparalleled in off-road racing history. Big Oly became probably the most famous off-road racing vehicle to ever touch the Baja soil and even today draws crowds whenever it is brought out for display. Parnelli Jones still owns Big Oly, along with his other racing vehicles from over the years. 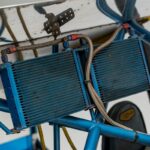 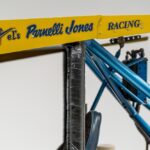 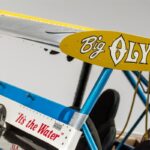 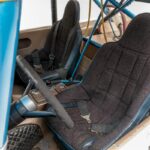 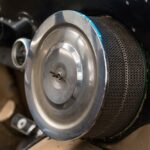 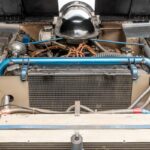 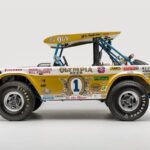 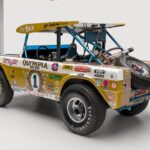 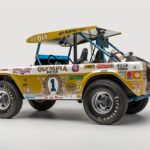 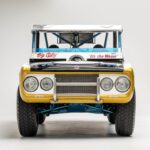 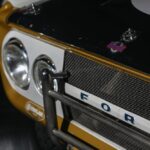 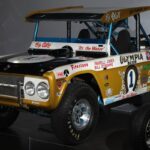 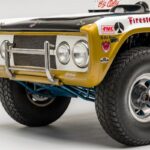 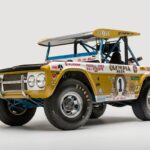 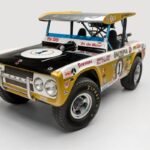 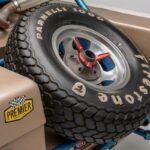 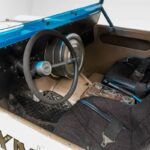 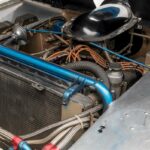 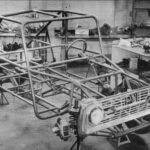 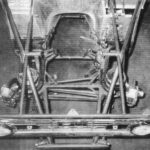 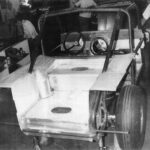 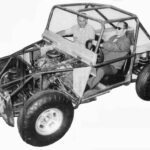 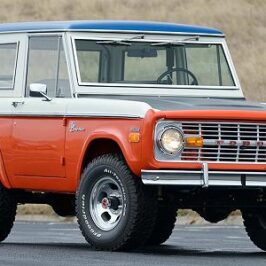